After 12 Years, He still Remembers Me 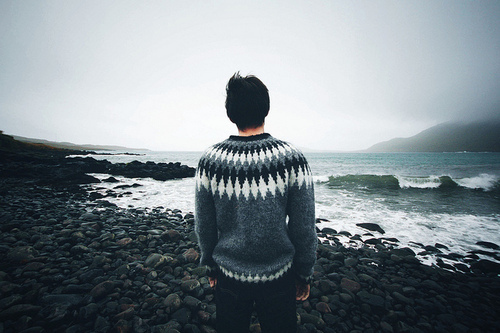 I couldn't believe he remembers my name. I must be a very good girl back then. Ok perasan.


My ayah owns a cylinder gas company. If you were at the same primary school with me, you'd probably remember some naughty students calling me "Anak gas"(???) haha.

I studied in Sekolah Kebangsaan Bukit Beruang, Melaka. Yes, there's a hill just behind my school, which where the 'Bukit Beruang' (Bear Hill) name came from, although no one ever saw a bear, and good to know that no one did. This school has a special place in my heart. This was where I started to love Mathematics and got involved in Maths Olympiad, and all sorts of Mathematics Competitions. A big thanks to Cikgu Norliza for guiding me in Maths Olympiad from the district level, to state, to national and lastly, to the international level in Hong Kong, which unfortunately I had to reject due to some reasons. If anyone knows where Cikgu Norliza now, please do let me know. I really wanna meet and thank her.

It was also a place where I met my true blue childhood best friend, Ummi, and had a great fight for one month and ended up being best friends until now and would laugh every time we remember that silly incident haha. It was a place where I was trained to become a leader when I was appointed to become the first female head prefect (dulu lah ada ciri kepimpinan sikit, now more to kemalasan haha kidding), by our prefect supervisor, Cikgu Siti Hawa and discpline teacher, Cikgu Rohaidee.

Cikgu Siti Hawa is so motherly that she was like our mother in the school. It reminds me of a silly story haha. I'll tell you, but don't laugh haha. It was so so so silly. I remember there was one time, me and my friends created a 'spy team'. I bet we all just watched Spy Kids movie that time. There was no whatsapp, no phone, so we discussed by having a meeting, like a real meeting face to face. When we had a suspect, we would try to find proof. It was so silly. Just because we thought this one kid was a bit suspicious and acting weird, we spied on him(?), thinking he hid something somewhere. So much drama. We would tell Cikgu Siti Hawa after we thought our proofs were strong enough. Cikgu Siti Hawa was so kind that she played along and just layan our drama haha terima kasih cikgu!

Cikgu Rohaidee who was also my Science teacher taught me to the point where I started to fall in love in Science. Oh god, I sound so nerd, do I? Haha. Anyway, talking about Cikgu Rohaidee reminds me of another story. I went for Kolej Yayasan Saad entrance exam and I managed to secure a place for the next level. Unfortunately, the second round held on the same day my school organised a school trip for us, the UPSR leavers, to Genting Highland. It was a golden chance opportunity. My parents gave me their permission, but at the same time, they told me that I would miss the only chance to enter KYS. Since 12, I started to do things following my heart. Alhamdulillah, I'm really grateful having great supportive parents who always tell me the pros and cons of something, instead of directly say 'No'. During the day when UPSR result was released, my father asked Cikgu Rohaidee on his opinion whether I should go for the second-level interview or Genting Highland. And guess what he said?

I went to Genting, had a great time with my friends and Alhamdulillah I did managed to secure a place in a boarding school, Sekolah Seri Puteri, Cyberjaya.

That was the last time I saw Cikgu Rohaidee and all my other teachers.

I wished I have time visiting them in school.

A guy came to my father's company to order a cylinder cooking gas. Out of the blue, he asked my mother,

I was playing with my phone when I heard their conversation. But I didn't dare to interrupt, plus I wasn't wearing tudung at that time. I thought he was one of my primary schoolmates, because most of them know my father owns a cylinder gas company. What ibu told me next really surprised me. It was my primary school teacher, Cikgu Rohaidee! I was really touched that he still remembers my name!

I purposely bragged in front of my sister and brother.

And the whole family laughed.

P/s: A big thank to all my primary school teachers. Although I didn't mention all names, but just to let you know that all of you have a special place in my heart for being a part of my life journey. Terima kasih cikgu! Hehe.