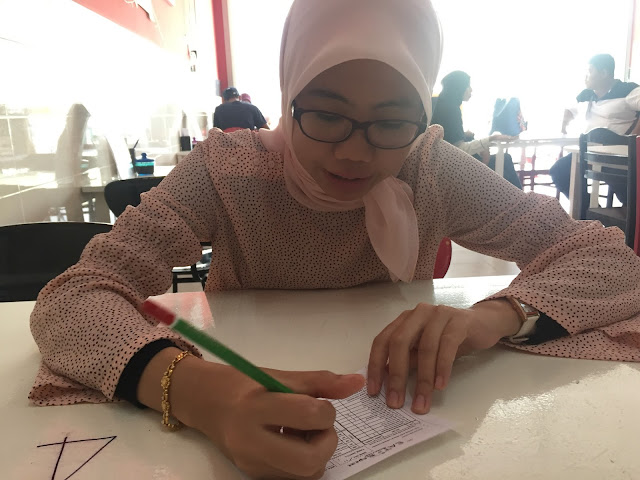 I can't remember when was the last time I met this girl. She's my best friend since standard 1, although back in primary school, there were times that we were not friends and we created our own gang where we persuaded our classmates not to be friends with the other party haha. But still, she was among those who stay in my life the longest, congrats and thanks, you're the chosen one haha.
The initial plan of our hang out yesterday was to go to Mahkota Parade, have a lunch at Boat Noodles and then watch Bad Genius at Lotus 5 Stars Cinema with Ica (sister) and Haniza (cousin) as well. Unfortunately, Haniza couldn't join, so Ica decided to let Ummi and I spend time together. Too lazy to drive until Mahkota Parade, plus we thought of trying the 'Malaysian boat noodles', we chose to go to Aeon instead because Aeon has a cinema too.

The 'Malaysian boat noodles' or its real name Eat & Repeat is one of the shop lots, opposite to Aeon. There are quite a number of choices you can make from. To be honest the food was okay to me. I don't really favour the mee rebus and mee celup, but mee bandung was quite good. 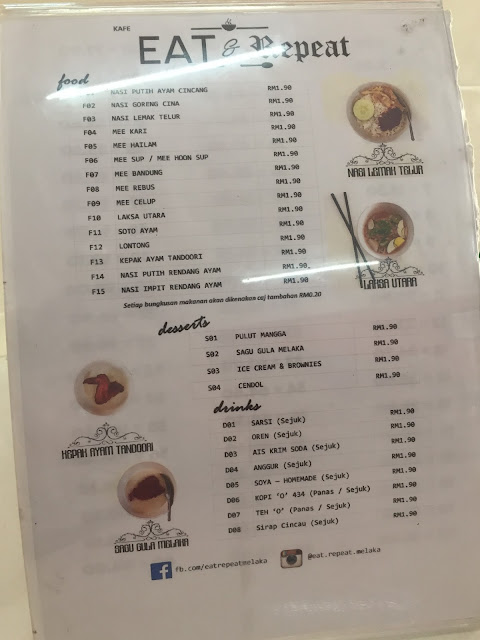 As you can see in the photo down below, here's the food that we ordered yesterday. 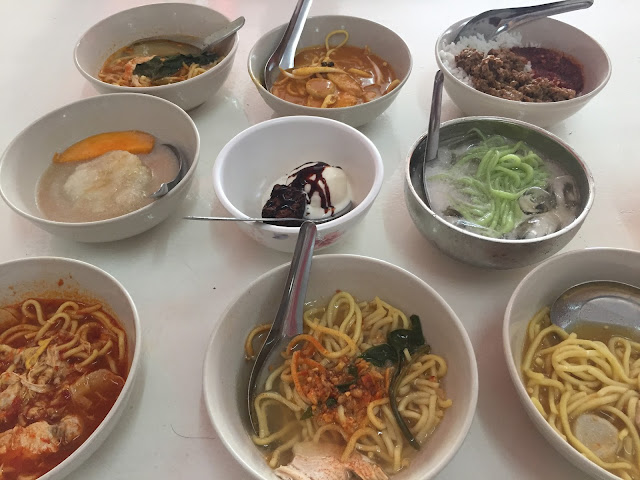 Here are some zoomed-in photos. 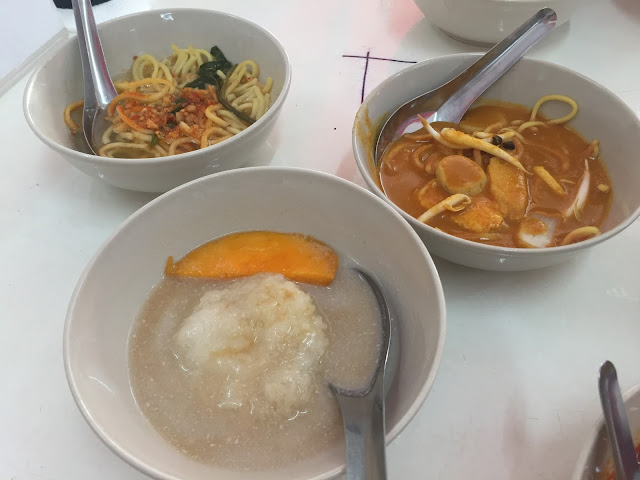 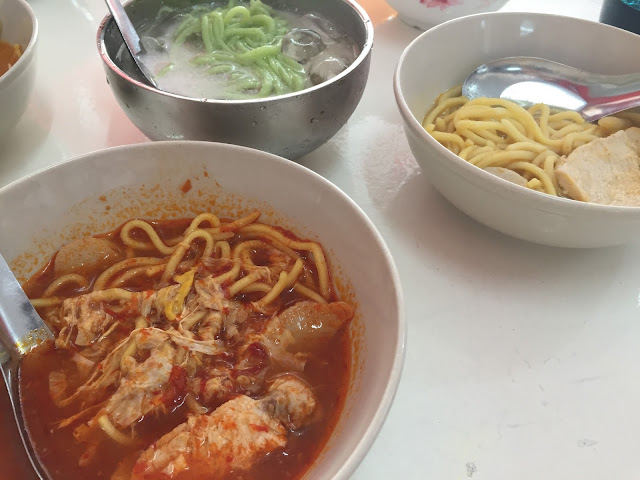 While eating, we remembered that we were supposed to check the showtime for Bad Genius. I noticed Ummi just changed her phone. I wanted to Google for GSC showtimes, but the phone was locked with a 4-space passcode. Obviously, my thumbprint wasn't saved so I couldn't access using the fingerprint sensor. I asked her the passcode to get access.

I keyed in the code and the phone was unlocked. My next action was halted by the lingering thoughts in my mind. Why 1204? Her birthday is on first of November. Maybe, it's someone special's birthday? Her crush probably? So, I asked her.

It was my first time knowing someone puts the date she bought the phone as her phone passcode. I laughed like crazy upon hearing that, and I teased her of course because I thought it was someone's birthday haha. It's quite interesting to know how people make up passcodes and passwords. Especially when creating password needs certain requirements; special character, capital letter, number, etc. For me myself, I have a lot of passcodes and passwords, which most of the times, are so random, so I quite understand that.

Anyway, just to make sure there's no one will secretly try to access her phone ...