Here's a story of a girl (ehem woman?) who rode on an elephant and promised to try her best not to ride it again.

We arrived 20 minutes late at the van (read previous Krabi post to know why). Every single eye laid on us. Mak aih maaf semua.

The driver sent everyone back home. Eh? I thought we were supposed to go for elephant trekking? Ke tadi ada elephant trekking kat Emerald Pool cuma Dylla tak perasan? Apparently, the driver sent those who didn't book elephant trekking before bringing us to that place. We were like, what.. Why don't you just send us first? Another group of Malaysians and us were the one who left in the van. Emo kakak and family dalam lagi satu group tu. I was about to freak out, thinking I was being cheated for the second time haha.

The elephant trekking place was actually only 10-15 minutes from our hotel. The first elephant we saw today.. 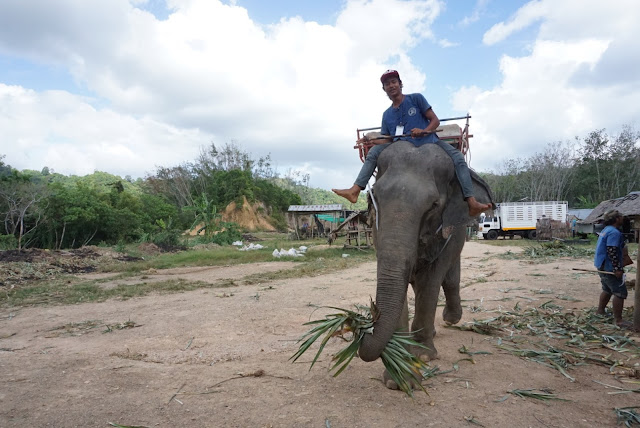 To be honest, ever since I had my worst air flight experience, I become 'more aware' of height. To sit on a back of this big mammal was kinda scary to me at first. A mahout sat on top of the elephant's head to tell it where to go. 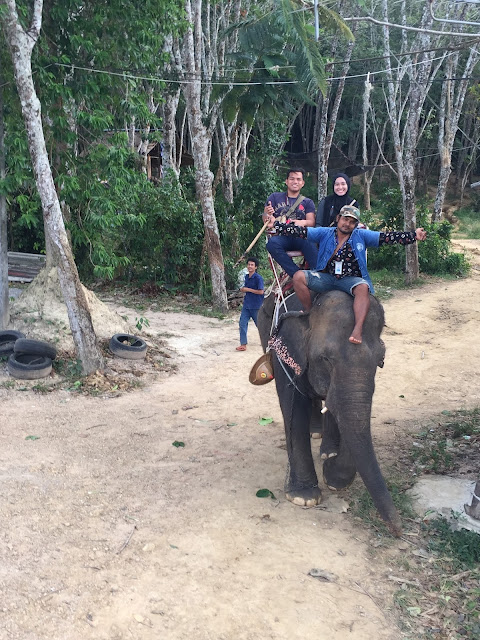 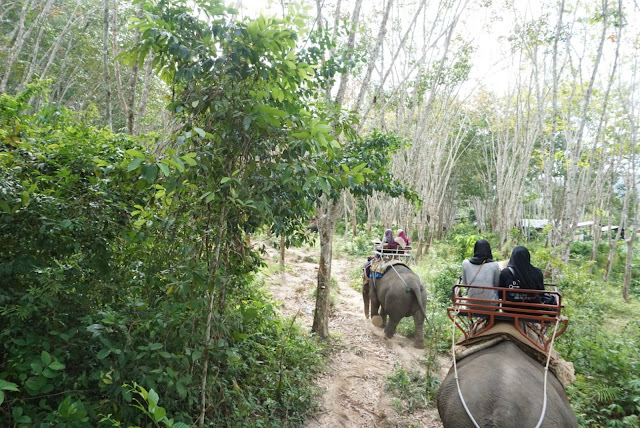 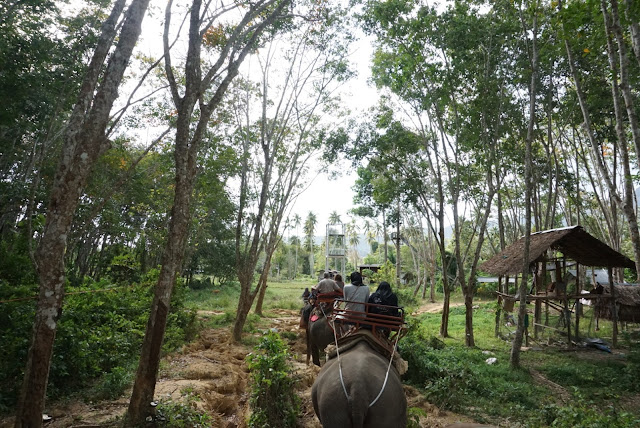 The boy in front of them is 9 years old. He told them that he didn't go to school because he has elephants to take care of. The boy talked to them in Thailand language, while Audi and Marni conversed back in English. Macam ayam itik dah tengok haha layan jelah budak tu~ 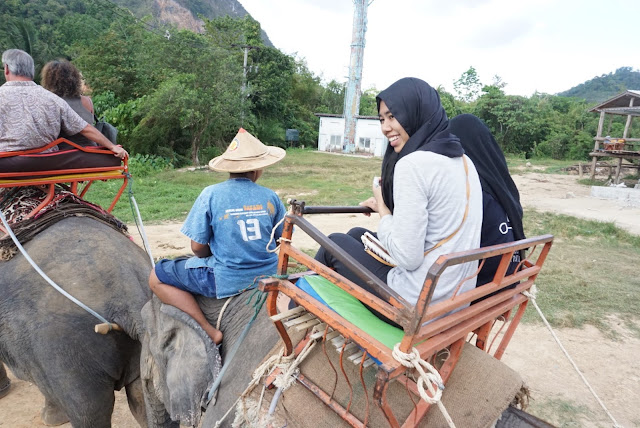 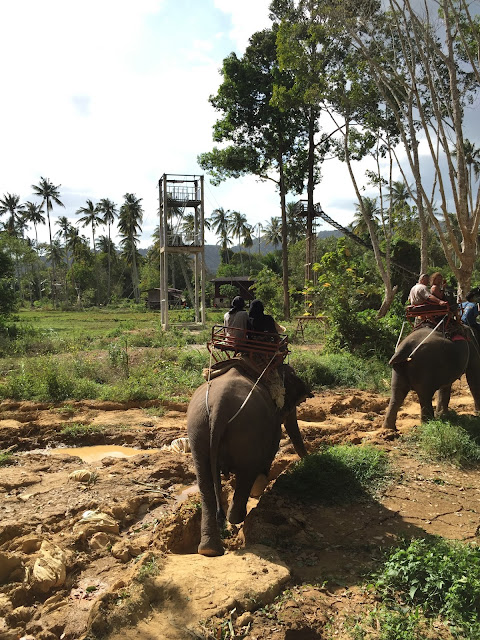 These elephants were about to do something. Uh oh, I saw a river.. 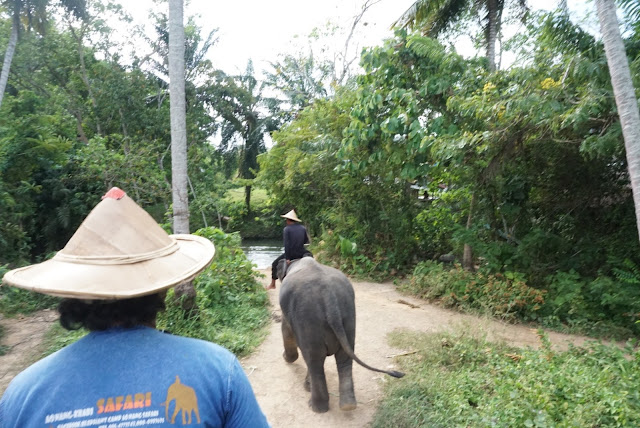 It's mandi (bath) time! The elephants started to fountain some water to us using their trunks. Don't forget to keep your precious gadgets inside of a bag or under your shirts as they might get wet. 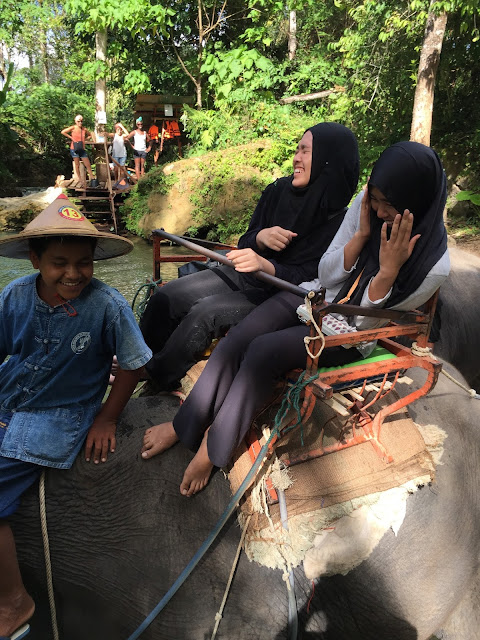 Meet me, Sobri, the mahout and this tough elephant named Bunju. 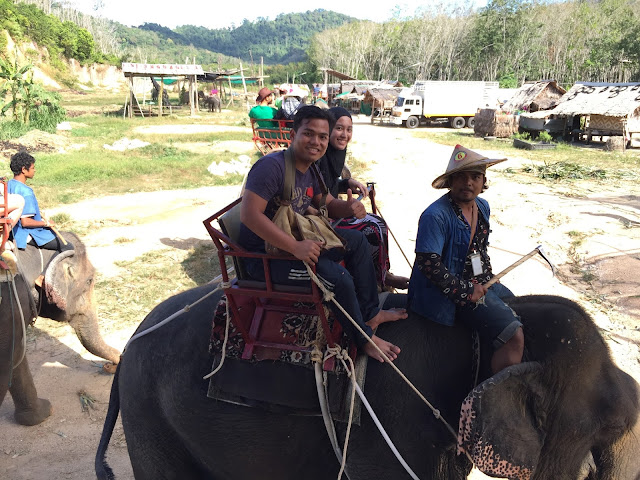 First time riding this giant mammal and it was a nice-but-full-of-guilty experience I must say. The moment I stepped on the elephant's back, I started to feel guilty. With 3 people on its back, it had to carry ~200kg at one time. I wonder how many times it has to carry human beings on its back. I didn't put my legs on Bunju at all because I really pitied Bunju.

Then we had a show from a baby elephant (with a mahout, of course). 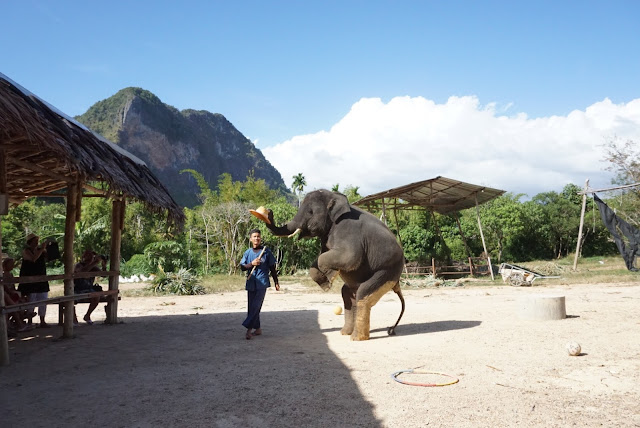 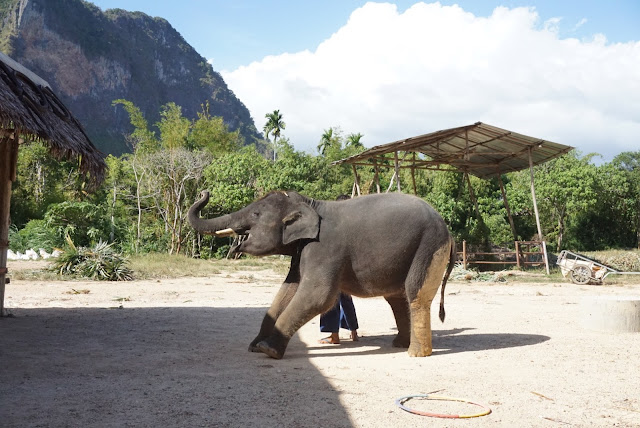 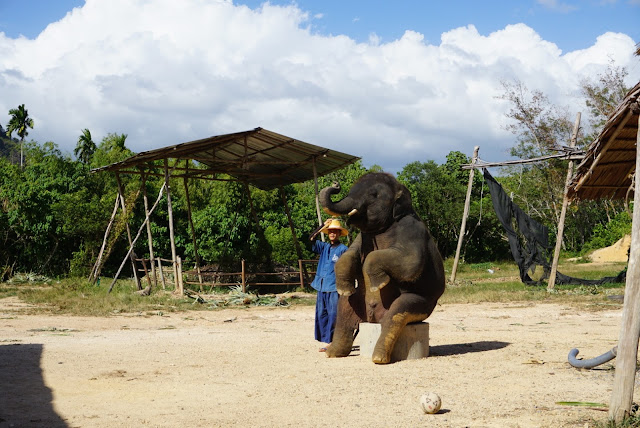 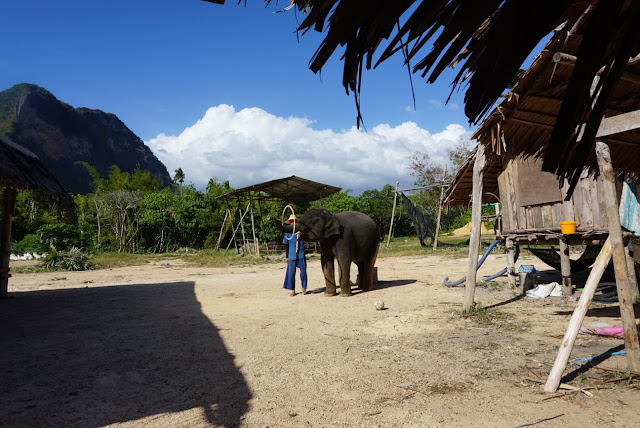 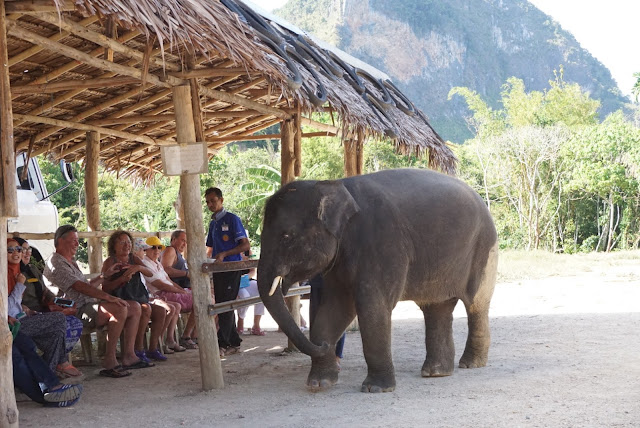 I wonder how long they took to make the elephant can sit, play with hula hoop, stand on its two feet. Gosh, can't imagine what the baby elephant had gone through.

This photo below makes me sad every time I look at it. A baby elephant should walk with its mother, live with the crowd. But this elephant looked tired and.. lonely. I wonder if it still recognised its mother though. I don't think it would ever meet its mother or be in the crowd of grandpas grandmas uncles and aunties again. 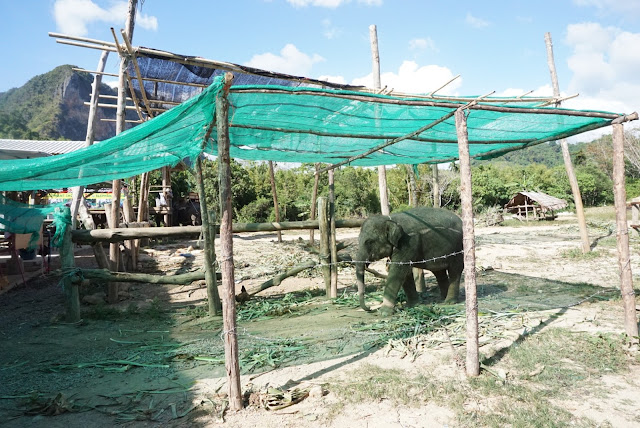 I just read and watched some videos on how they train the elephants and it's really cruel. Here are some reasons why you should not ride on an elephant. A lot of elephants have died due to overwork and starvation. An elephant is not a suitable animal to ride as their spines are not made to support humans. They take the young ones, tear them from their mothers and entrap them in a small confine, where they are starved for days, abused with the sharp bull hooks (they cucuk the gajah for real! I saw they did it in a YouTube video) and having sleep deprivation in order to crush their spirit and become obedient to the human.

Most people who ride an elephant are unaware of the fact that these elephants suffer a lot. Just like me. But after knowing the fact, I reckon this is the first and the last time I'm gonna ride on an elephant. Some of you might say, "Ala Dylla dah pernah naik boleh lah cakap tak payah naik dah." Yelah kalau tak pernah try, mesti rasa nak try kan. It's up to you. I'm just telling a part of the truths that most of us do not know or unaware. I can't make them stop this elephant abuse activity, but the least I can do is to not ride it again. I believe that if we stop being customers to the elephant rides and people are more aware, this scenario will eventually stop.