After an adventurous Phi Phi Islands tour, we went back to Luna House and changed our clothes. Sobri and I started feeling hungry, so without any further delay, together with Marni and Audi, we went out to find foooooood! Yeahhh, one of the best parts of any travel trip is of course the food. As there were many Muslims who owned restaurants and stalls, finding food was not a problem. I noticed there was a stall selling sticky rice and mango by the roadside in front of the Ao Nang Mosque. We straight away went there.

1. BOLA BOLA ALA BADAK BERENDAM VERSI THAI (20BAHT)
We found a kuih stall while we were walking. The stall sold different types of kuih and bubur. I was intrigued by the bola bola putih biru in white soup(?), so I bought a plastic of it. Mmmm so delicious. It tastes like badak berendam! But the differences are, the bulat bulat are much smaller and has egg white. It sounded a lil bit weird to have pieces of egg white, but the combo is quite nice though. Nyumnyum! 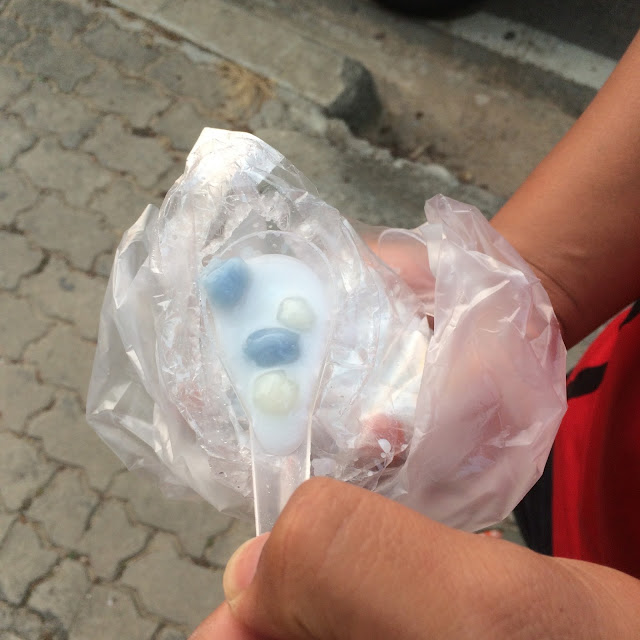 2. PINEAPPLE JUICE (25BAHT)
Usually if I went to any restaurant, I would order apple juice. I'd never had pineapple juice before I came here, although I really like pineapple. Sobri was the one who introduced me how the pineapple juice tastes like. It is delicious and usually it will only cost you 25baht for each large plastic cup like this! I bet they must have a lot of pineapple plants there as you can literally get pineapple juice anywhere. 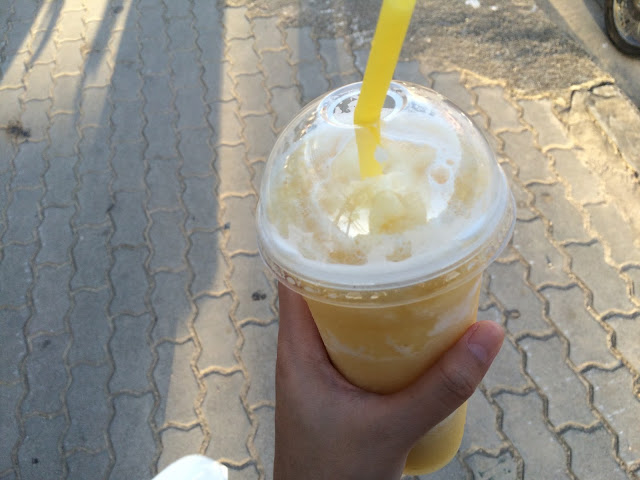 3. MINI KAPIT PELBAGAI RASA
This stall was the first stall in front of the Ao Nang Mosque that I tried. I called them 'Mini Kapit' as you can see in the photo below, they really look like the kuih kapit we have here in Malaysia, but in a smaller size with different toppings. I can't really remember how much did they cost, but if I'm not wrong, we paid 10baht for 5 pieces. 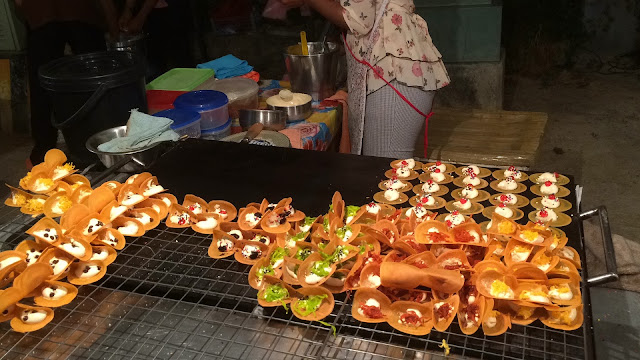 Just look at how beautiful and colourful they are. They look really tempting! 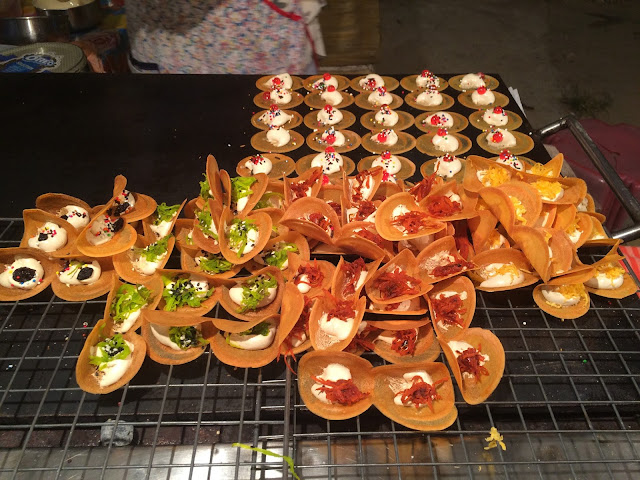 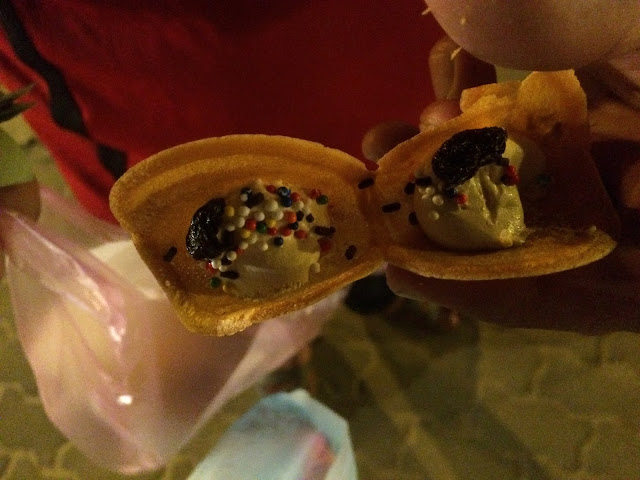 4. HOI KROK (CARA TAKOYAKI BERLAUK SEAFOOD) (30 BAHT)
These are my favourite! Well, other than 7 others in this list haha. I bought 2 sets of these, but to be honest, still not enough for me. Hmm, maybe I shouldn't share with anyone (read: Sobri) haha kidding. Anyway, every 30baht, we got 6 hoi kroks. For me, they look and taste like kuih cara but the texture is much softer (a lil bit like takoyaki), and the fillings are seafood instead of chicken or meat. 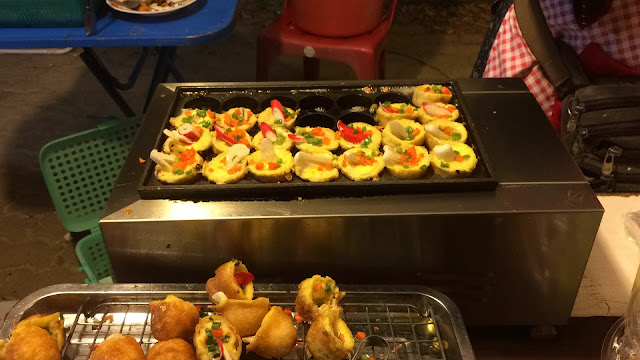 The hoi krok that I bought were served together with some bean sprouts and Thai chilli sauce. I shall ask for more sauce though haha. 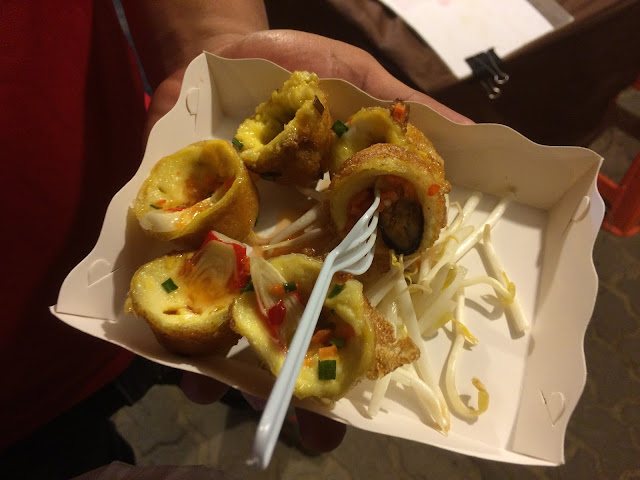 5. POPIAH PANAS (10BAHT)
These cylinder-cut food in the photo below are popiah! They're extremely delicious because usually they are served hot from the frying pan, eaten together with the delicious homemade Thai sauce. I should have followed my instinct and bought them more hmmpphh! 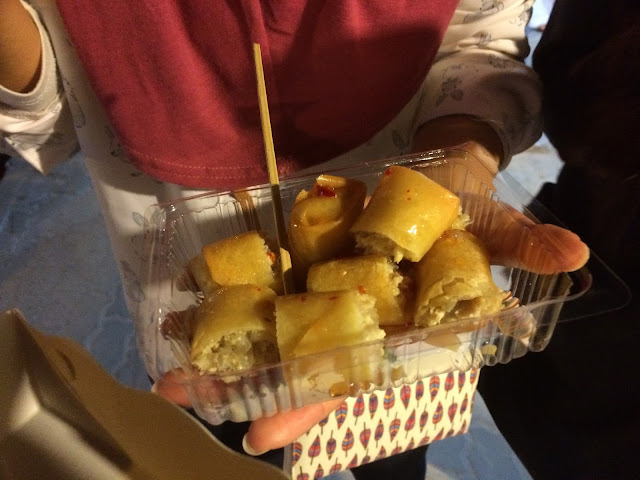 6. STICKY RICE AND MANGO (40BAHT)
My favouriteeeeee! This pulut mangga was the main reason why I really wanted to go here. It was the first thing I saw when my best friends and Sobri were buying deep fried calamari. The thing in plastic that looks like some kind of grain produces the crunchy-and-nutty taste when chewing, making this popular dessert neither plain nor boring. This photo below is taken before Sobri tuang santan sesuka hati -.- 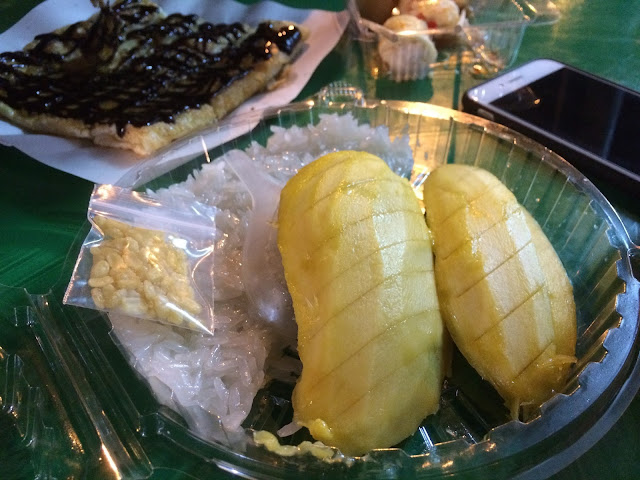 This photo makes me hungry haha. Like I already said in my 'Night Market' post, this banana & chocolate pancake is like roti canai pisang but with an additional chocolate syrup spread on the top. Yummeyhhh! 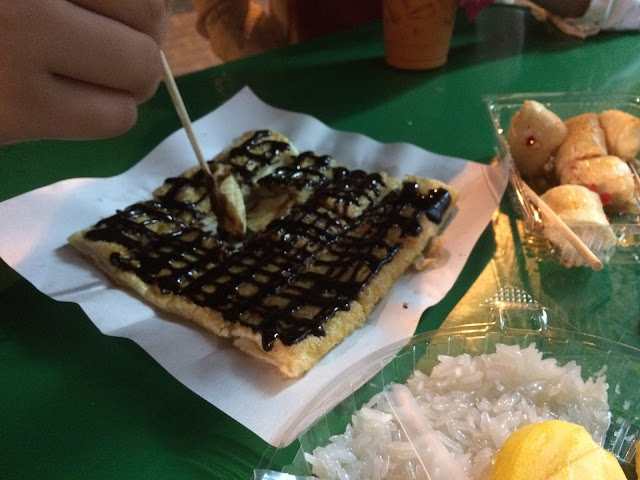 Last but not least, my most favourite tom yam noodle I've ever had in my entire life. Kedai Makan Rakan is a small restaurant, that looks a bit plain and unattractive, which one can barely notice its existence. But, the food is absolutely the bomb! This is why you can't judge a book by its cover! 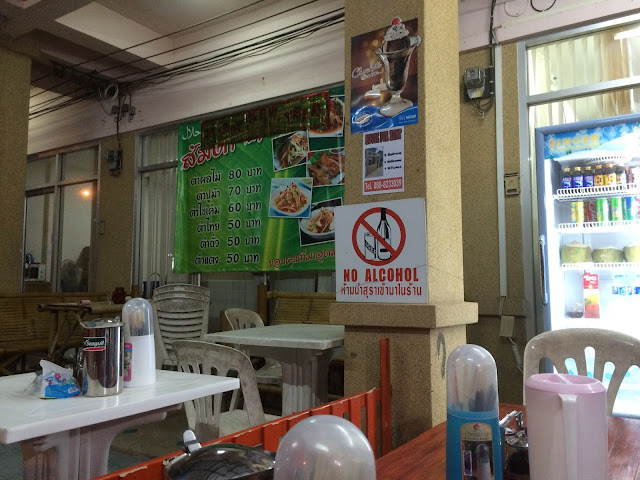 I ordered a bowl of Tom Yam Kung Noodles (60baht) and asked for more 'pedas'. Kung means seafood in Thai. What's special about this noodles? Everything about it is up to perfection, according to my taste bud haha. Each bowl of tom yam noodles is served hot separately. Although if we ordered 4 bowls of the same thing at the same time, they would make it one by one, in order to preserve the taste and they even put the prawns and eggs and other ingredients carefully, trying to make one bowl look the same as the other! So, jangan pula gaduh siapa dapat dulu and siapa dapat kendian haha.

Look at the brown-triangle-shaped thing in the bowl. I don't know what it is. At first I thought it was the tauhu that we usually see in curry noodles, but actually it's not! Once I bit, I just wish I got more of it. It was really, really tasty. I wish I knew where they got them from. Sob sob.

By the way, if you ordered for more spicy, you'll get a bowl of double extra spicy tom yam noodles. That's what makes me really love it! Tapi confirm esok pagi sakit perut haha. 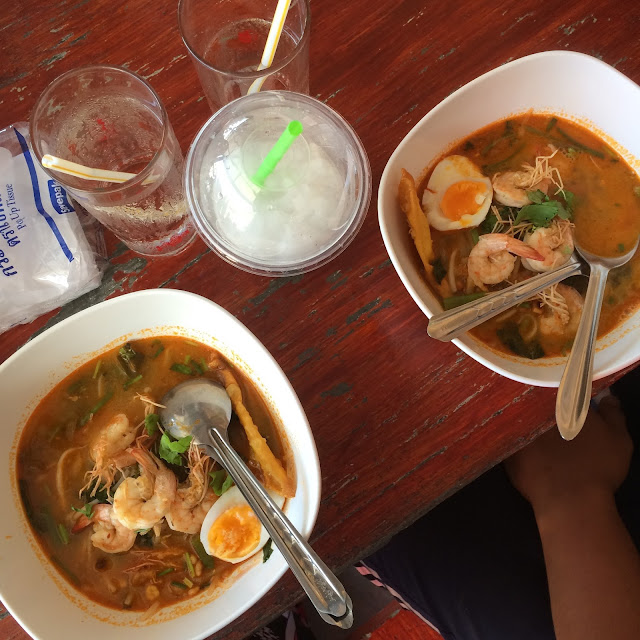 They use the 'healthier' noodles. The translucent one. 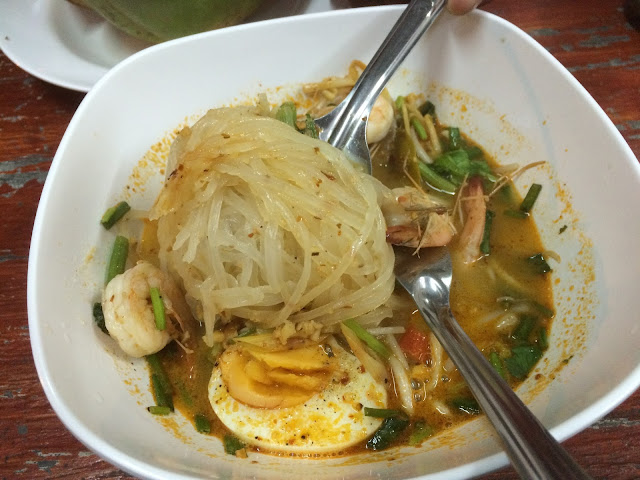 This is Tom Yam Kung that Sobri bought. Banyak isi! Sobri got this for 80baht instead of the usual price 120baht. They gave us a discount because we were regular customers (who ordered the same thing over and over again) haha. A place of rice costs 20baht. 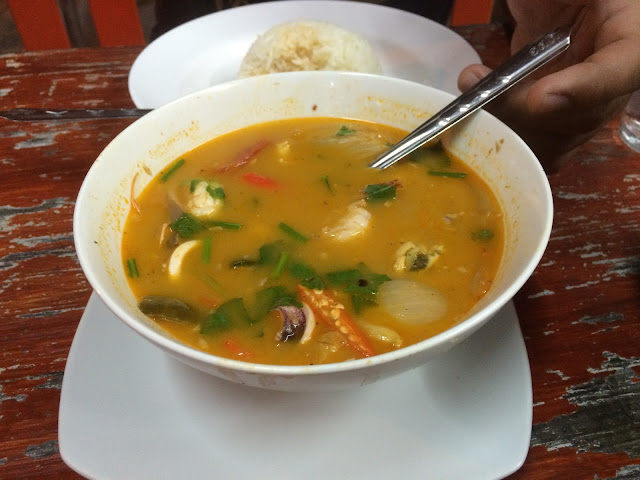 Coconut drink perfects every meal. 40baht for each coconut. 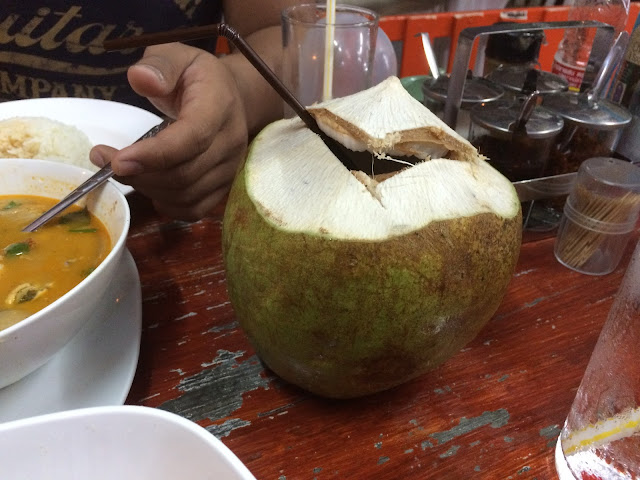 I feel hungry right now. Should grab some chocolate in the fridge. See ya later!