We woke up for 'real' around 5am.
Breakfast was a bit interesting.
If in Malaysia usually we will have food like nasi lemak or roti canai for breakfast, but there we had a homemade cake instead.
And also a cup of hot chocolate, which totally warmed us up after such a chilly night.
Rasa mengada memalam sejuk esok pagi minum hot chocolate gitu hehe.
Tho it's summer, malam malam tak guna kipas pun sejuk sangat! Ala ala Cameron sikit.

Najja and I were greeted by our foster family who were still in their pyjamas, and had breakfast together with them.
We had a little chat, they asked how was our sleep bla bla.
Tak sempat nak tahu macam mana tidur semalam memang tidur mati kalau bom tepi telinga pun tak sedar haha.
And then we went to a nearby hall where the Italians gathered to watch our performances.
The Italians loved our performance, but actually it was quite horrible as I forgot steps and positions!
Tulah orang suruh pergi practice malas, kalau hang tu dah memang lemah gemalai takpe.
Tapi siapa jelah yang perasan diri ini, be right back, nangis jap hehe.
Luckily I had to dance only for the first part, while my other 7 friends had to perform 'Asmaradana' dance.
Phew terlepas dari memalukan diri sendiri bcs I was the only one who you could obviously see ke-kayu-annya.
Kalau keayuan takpelah juga. Haha! 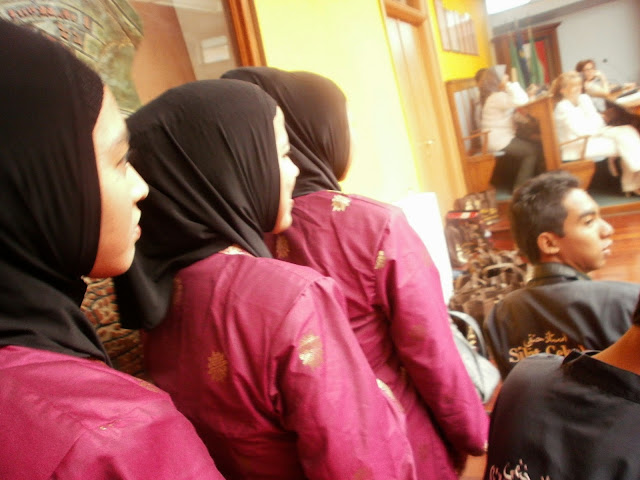 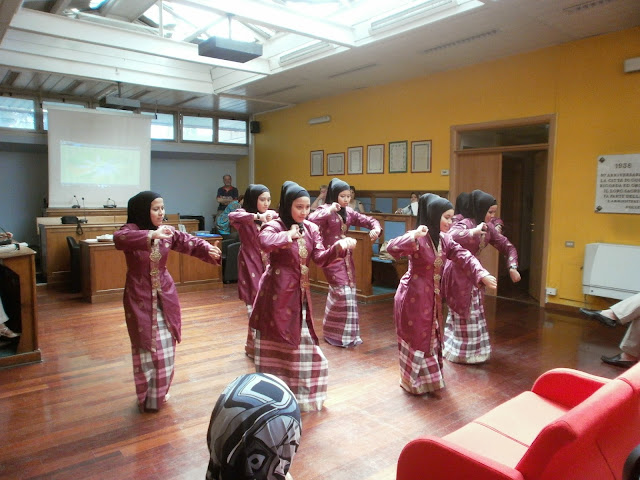 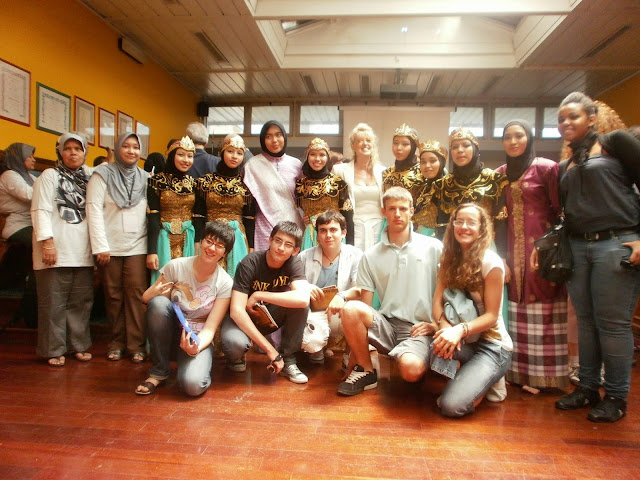 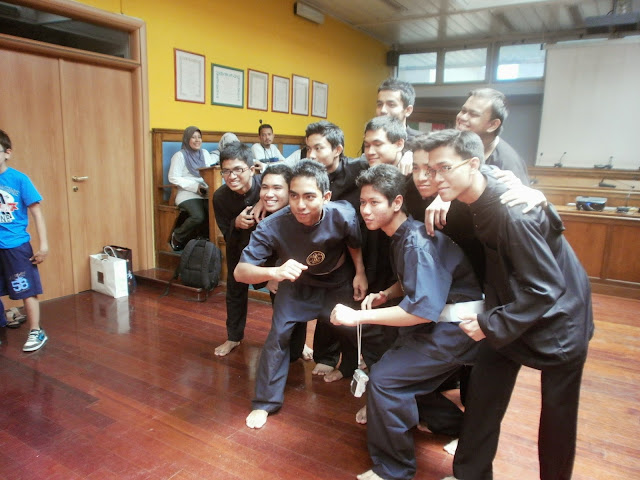 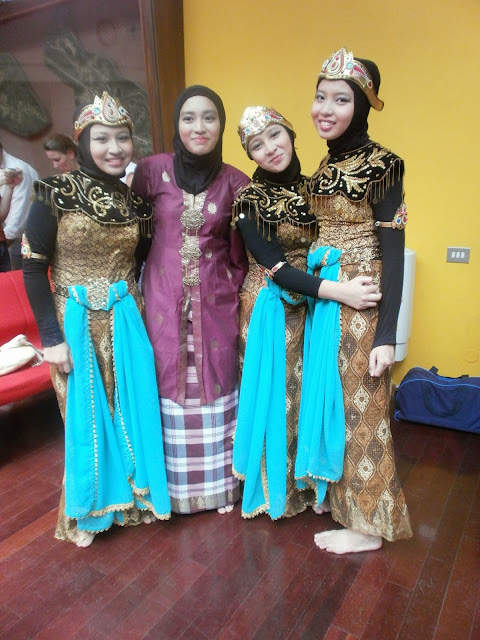 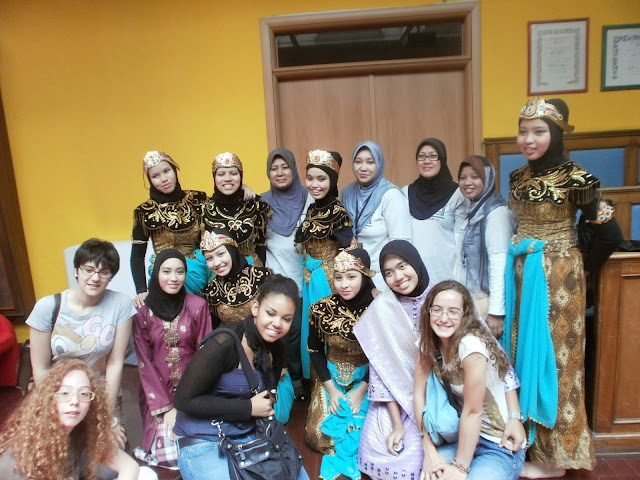 Najja and I went back home and had our lunch.
In the evening we went to a small village called Gorga which was nearby Colleferro and situated on a hill.
The windy road made our head spinning and felt like wanting to vomit.

We started our tour by visiting some churches.
The tour guide told us about the history of Gorga, showed us interesting things and brought us all the way through the not-so-hidden stairs between those beautiful houses!
The view was magnificent.
The blowing summer air was really fresh, not like in KL sekali sedut rasa macam makan Carbon Monoxide, okay tipu je haha.
Some of Malaysians taught the Italians ‘Rasa Sayang’ song and sang together happily.
The Italians also taught us a beautiful Italian song.
The journey to Gorga was quite tiring but we felt very happy and really satisfied upon visiting the small-but-harmonious village. 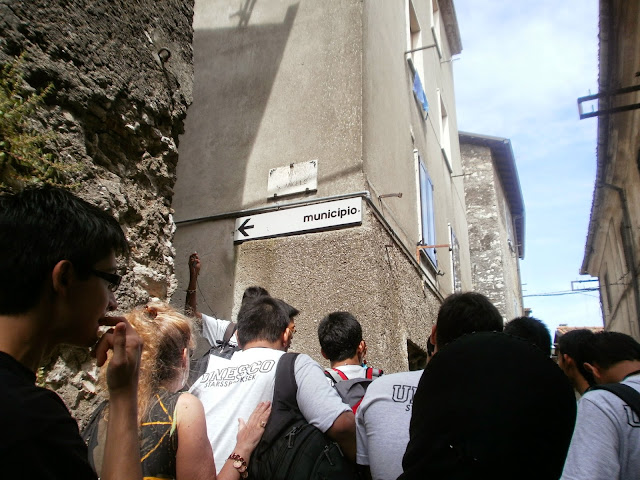 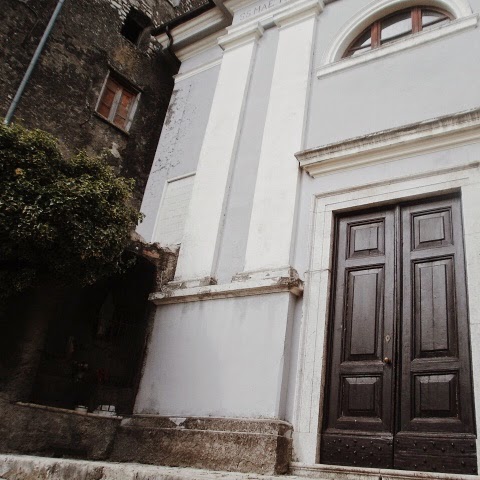 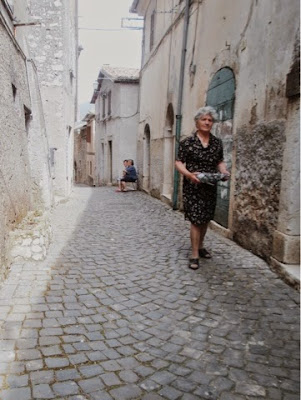 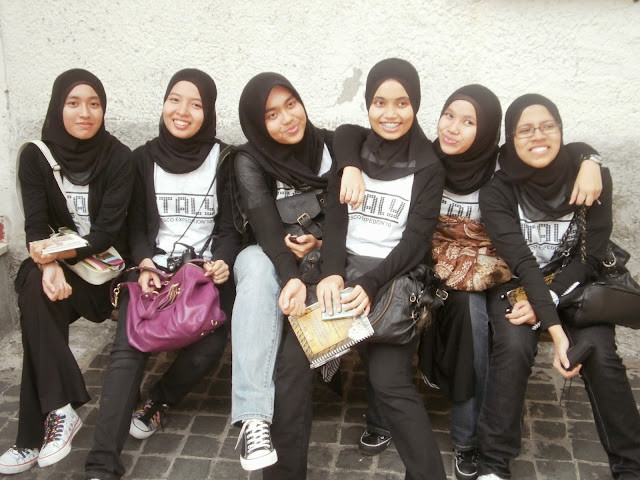 We arrived to our home about 7.00 pm.
Our ‘mom’ was a nice person.
She prepared for our dinner while we got prepared ourselves for night activities.
Caterina's mother loves to cook very much and for your information, they do eat a lot! Weeee
Boleh gang serumah ni hehe.

We started with appetiser, then continued to delicious pasta as a main course.
Sedap gila pasta dia buat sendiri, cheese penuh dalam pasta tu and sprinkle cheese lagi, Ya Allah nikmat dunia nyumnyum.
Bab makan memang laju je :p
Later after that we had our second course which was a fried dough(?) with rice inside.
Her mother also served a few types of cheese, like the real fresh cheese mcm dalam cerita Tom and Jerry tu!
Some of them tasted quite weird, but most of them were really good!
We ended our meal with fresh strawberries with cream and Italian ice cream as desserts.
I was really, really full (despite the fact that I'm a big-eater!).

At night we went out for a walk with others to watch a firework.
Colleferro celebrated its 75th anniversary that night.
As usual, firework has always been my favourite. 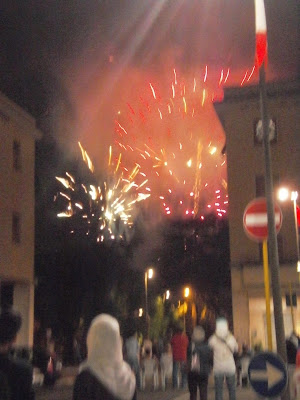