That Girl Is So Ugly!

What is lawa (beauty) to you?
How do you define it?

'Lawa' or beauty is a subjective thing. Everyone knows that. But we live in a society where beauty is defined as someone who has fair & flawless skin, thin model-like body, big eyes, rich etcetera etcetera, and beautiful girls always have this one kind of 'pass' that everything they say is correct. If you against them means you are against a bunch of her supporters as well.

A girl was being kutuk ceca hina on her instagram because some of you think by having asymmetrical eyes and big front teeth is ugly. If she were perfectly fit in your category of a beautiful girl, upload lah selfie setiap saat pun takpe, but because she is what she is, you torture her mind by criticising her physical appearance and let unwanted harsh words flooded in her instagram comment section. This kind of attitude.. astaghfirullahalazim. Who are we to judge Allah's creation?

While scrolling on Instagram just now, I saw someone did a challenge that started a few months ago. It was still vivid in my mind as hundreds of videos were uploaded with the hashtag 'Don't Judge Challenge' as the caption with the motive of (kononnya) creating an awareness to educate people not to look down on people with acne and weird eyebrows as they can turn into someone who is good looking with flawless skin and perfect complexion. But the problem is.. those who joined this challenge took a marker pen or eyeliner (I don't know what they used), drew acnes and eyebrows, made their faces horrible and in few seconds, video changed, and they turned into a handsome guy / beautiful girl. It seems like you were trying to tell people that wearing make up, without acnes and no attached eyebrows are beautiful. Does that mean those with acnes are ugly? It's not the exact perfect way to tell people not to judge others though. Beautiful girls got this chance to tell people that they are really beautiful-- while the girls with acnes and weird eyebrows (in their pov) thought they should wear make up just to ensure no one judges them.

You are who you are.
Not what people think you should be.

Like what I have told you, beauty is a subjective thing. It is not necessary to wear 10 inches of foundation, 10 cm of fake eyelashes, with 10 different shades of pink on your cheeks just to be beautiful. I'm not against or telling people that you shouldn't wear makeup, but I just wanna express a humble opinion; telling you that being beautiful is more than that.

Again, beauty is a subjective thing.

22 comments:
Email ThisBlogThis!Share to TwitterShare to FacebookShare to Pinterest

Hey guyssss! I have so many posts in the draft, but lack of time to edit and publish them. I just arrived KL from Melaka this evening, so I thought why don't I spend some time updating my blog. Anyway, final examination is just a month away! Weehooo.

2 weeks ago, while my family and I were on our way sending Ica to Melaka Sentral, where the intrastate and interstate buses are, we talked endlessly about current issues, from the news we watched on the television to things that happened in our surrounding, and notwithstanding of the different opinions that we had, we voiced them out calmly and accepted each other's view.

I told them that I came across some good tips on how to control anger while scrolling the Facebook timeline and one of them is whenever you feel angry, put some water in your mouth and hold it until you have cooled down. My mother asked me why, so I told her that when someone holds the water in her/his mouth, s/he couldn't reply with words that can cause the other person to feel more irritated and angry. Then suddenly my father said, "Alang-alang masukkan air, baik letak Listerine (antiseptic mouthwash), boleh buang kuman sekali." ("Better you put Listerine in your mouth. You can wash out the bacteria.") Hahahaha we laughed upon hearing my father's joke. Tak habis habis promote Listerine dari haritu ever since he had the terrible toothache haha.

I thought of some pathological problems and asked my father a few questions to kinda 'rule out' the causes as it might be happening due to some nerve or muscle problems, but my ayah said no to every question, indirectly telling all signs and symptoms were negative.

Then my ayah asked,
"Nak tahu tak kenapa?"
"Do you wanna know why?"

Then he told us. . .
"Sebab perut ayah buncit. Bila tunduk perut halang"
"Because I have distended stomach. My stomach blocks me when I bend forward." 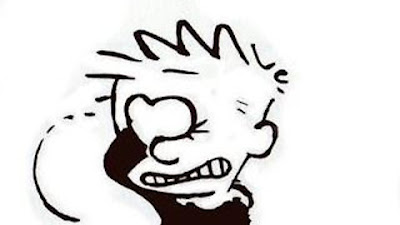 15 comments:
Email ThisBlogThis!Share to TwitterShare to FacebookShare to Pinterest

The Other Side of KL

Kuala Lumpur, the capital city of Malaysia, is like a heart to the body and a pacemaker to the heartbeats. The magnificent skyscrapers touching the sky, incredible architectural details portraying their own beauty, a vast, accessible transportation means making travelling so much easier and whatnots have created a significant invisible boundary between the urban lifestyle and the other side of KL. The other side of KL in this context represents a large community of citizens that most of us do not aware of, including the old me.

Living in a cozy place, where we can study comfortably and sleep soundly, we are sheltered from the awfulness of reality some people are facing and struggling with. The other side of KL is often hidden during the day, and more noticeable during the night, when the moon starts its shift and the darkness takes place. While we are having dinner with our family and friends either in a house or restaurant, these people have nowhere to go, no money to buy food and no clothes to change.

I've always wanted to get involved with this community and participate in any action plan that can bring me closer to them because who knows, my presence might ease the burden they carry on their shoulders and their stories may give a big impact and a chance for me to learn from them. Proposing and initiating are beyond my ability, so for now, taking part is more than enough and this wish became a reality with the help of my friend, Nawal who brought the 6 of us to join the Pertiwi Soup Kitchen, giving food to the homeless.

As the clock continued ticking and time passed by, the number of vehicles reduced, shops closed one by one, and the usual hustle and bustle turned to idle and quiet. We searched for the Pertiwi's van from one area to another area, but failed to find the van. 2-hour of van hunting and and we gave up, telling ourselves, maybe that day was not our day and we'll come back again next time. We even went to the 'Pusat Transit Gelandangan' (a building acts as a transit place for the homeless), but none of the Pertiwi volunteers were there, so we deliberately turned back to the last checkpoint just to try our luck for the last time. We were kinda devastated to notice the absence of any van in that area. As Nawal steered the car slowly towards left, we saw a number of people were lining up and also the van!

Nawal parked the car by the roadside and we delightfully headed to where the Pertiwi team and the van were. The Pertiwi volunteers were very welcoming. They moved aside to make way for us to join the crew, and even taught us how to do those tasks. Pertiwi is a non-governmental organisation, which goes to a few areas 4 times every week, together with hundreds of food for the homeless. Other than that, they also provide a medical team with a few doctors who bring along some medications for those who need.

The numbers of homeless who came to get food started to reduce and none of the cups of coffee was left to be distributed, indirectly telling us that our work was almost come to the end. Before we called it a day, we went to the medical team and observed their tasks. One of the doctors was checking a woman's ear. The doctor told the woman that she had some infection and he would write a referral letter for her to bring it to Hospital Kuala Lumpur. Everything seemed normal, a patient meeting a doctor, telling him what's wrong to get medication, but the later conversation between them gently touched my heart, making me started crying inside.

The first lady looked at her friend and asked..

The second lady nodded her head.

The conversation was fast, but the memory of it still can be recalled vividly from my mind. Usually people ask for RM 1 because they don't have change, but in this case, she asked because she didn't have any money. The question triggered my lacrimal duct to increase the secretion from lacrimal gland, producing a watery glaze over my eyes. Terdetik dalam hati, "Ya Allah, RM 1 tu besar untuk diorang. Aku ni banyak membazir." Though they looked fine and happy go lucky kind of persons, yet we've never been in their shoes, so we know neither their struggle nor their battle.

One of my friends asked them whether they have a job or not, then they told us that they had tried to find and are still finding, but couldn't secure any even one. We had a nice chit chat with them, asking about their families so on and so forth (they don't have parents and they came to KL to find a job), and before we made our way back home to Bukit Jalil, both of them gave some precious advices to us and the most precious thing I heard being uttered by them was respect and do good to your parents while they are still alive.

It might be just a tiny simple advice, but many people neglect it. Sometimes, those who have less know certain things better than those who have more.

It was really saddening and heart breaking to see, especially a family with 3 small kids and elderly people, at the age around 60+, lining up to get some food for dinner and hot coffee to make them feel warm for a minute or two in the cold windy night. The bitterest tears shed over the incident are for the feelings that can't be described and the ignorance I overlooked.

May Allah ease everything for them. Amin. 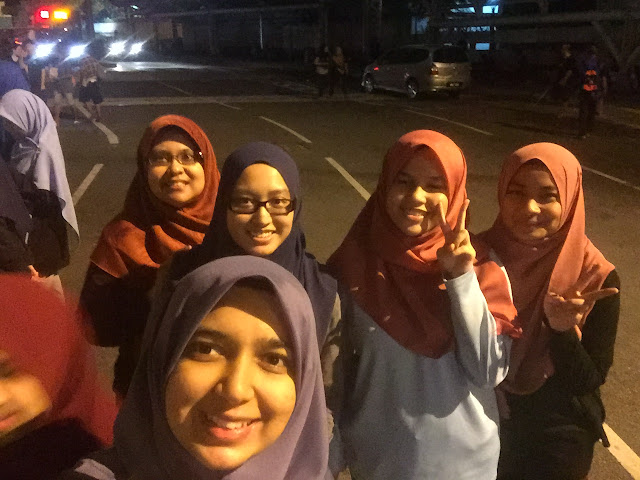 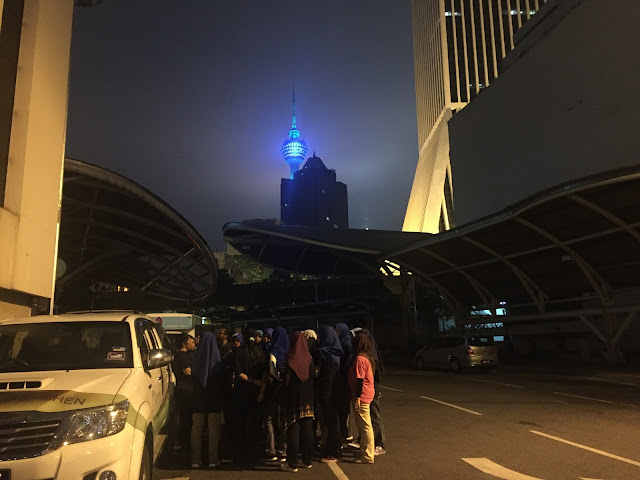