Hi guyssss! Sorry for the long waiting for the next post. I should be writing a bit earlier, I guess. Anyway, this story is the continuation from the previous post; The Intro 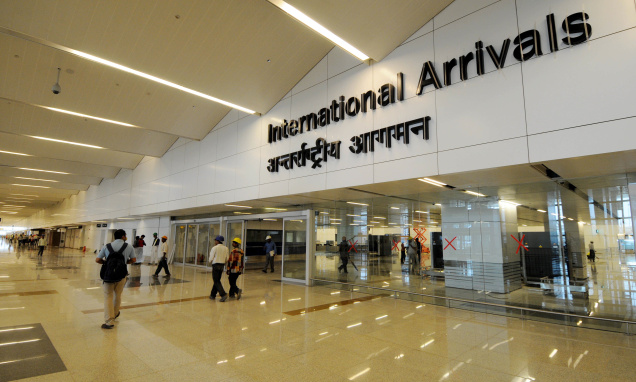 Our day started really, really early. There was no time to wait. We rushed a bit as we had a few things to settle in the airport and then need to go to the train station as our train to Jaipur was supposedly at 4 something in the morning. I know, it's very early. How was it? I'll tell you.

Right after we passed the immigration counter, we tried to find a place to pray, but there was no any suitable place to pray inside the arrival hall. With only a few thousand rupees on our hands, we decided to change money first. Right after the Duty Delhi Free, there are 2 money changers with Thomas Cook on the left and Punjab National Bank on the right. The rate Punjab National Bank offered was slightly better than Thomas Cook. As maximum per person can change is $80 (to Rs 5080, the rate was a bit sucks, yeah I know, but better than having no money), so I used 2 passports, mine and Najwa's, while Sanaa used hers and Fatin's because Fatin and Najwa already had enough money.

It was around 12.50am when we got out from the international arrival hall and I saw Airtel (a telco company) right in front of it. I asked about the price and mobile data. The Airtel guy told me that the sim card was Rs1000 and together with that, I would get 1Gb mobile data, 220mins local call and 22mins international call. Then if I wanted to have 3Gb internet, I would have to recharge (topup) Rs479. They call it recharge instead of topup by the way. So if you said 'topup' they won't understand it. It was a quite expensive. Dah lah duit takde sangat. So we went to Aircel, which situated a bit far, but near to the prepaid taxi and travel&tour companies.

We felt so lucky as the Aircel guy told us that we had to pay Rs1000 only for a sim card with 3gb internet. We bought 2 sim cards and the guy gave us another 2 sim cards for free. Then he showed us the steps to activate the sim cards. We left the sim card counter happily and wandered around to find a place to pray. 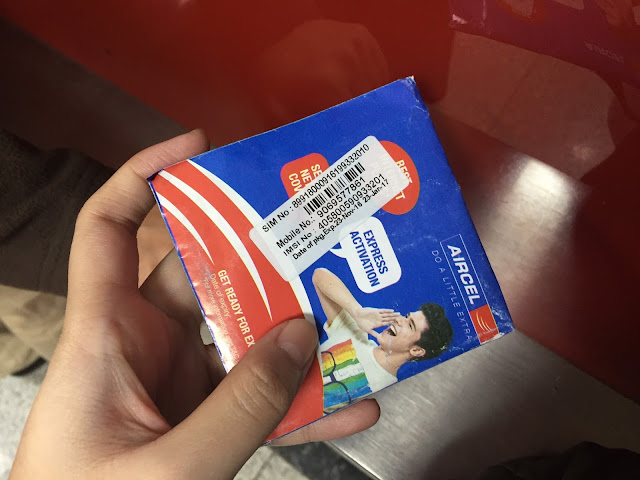 Little did we knew that a sim card actually only costs Rs100-150 each in India. In airport je diorang markup habis because they know tourists will buy. K. Haha.

After changing money, we continued searching for a place to pray. We already asked whether they provide any prayer room, and they told us none. There were armies walking here and there in the airport with a dog, so I don't think it was cleaned enough for us to confidently pray anywhere. Plus, we preferred to not have the eyes on us. We found a baby's room, near the entrance for domestic departure. Some people looked weird towards us. Yelah, apa lah bebudak ni nak buat dalam baby room padahal takde baby haha. I got it.

We booked and paid Rs600 for a non ac police prepaid taxi to Delhi Junction Railway Station (station code: DLI). It's the old Delhi train station. The new one is called New Delhi Railway Station (station code: NDLS). We already googled the train station images and they look fine. But, I don't know how it looks like in real life. Hope it's really fine.. but we had no choice. Nak tak nak, we had to arrive there before 4am.

From inside, outside seemed so hazy. The air must be really polluted. I told myself. But when we stepped outside of the airport, I instantly knew that the haziness not because of the air pollution semata-mata, but because of the fog due to the cold surroundings! It was really, really cold. Everyone was wearing jackets and coats. Never came across in my mind that winter in Delhi can be this cold.

We found the taxi and gave the receipt. This picture below was taken from inside the taxi. Anyway, our bags were put atop the taxi. I know they have like 'penghadang' to prevent the bag from falling but, still..

The taxi guy honked here and there. That was my first experience. I was a bit shocked at first because it's not common to see people honk in Malaysia, except during traffic jammed or ada-orang-potong-tetiba-then-marah-and-kejar-orang-tu-balik. And usually if in Malaysia, the honk comes together with harsh words or the jeling-tajam-macam-nak-makan-orang. But, in India, it's common. And the good thing is most of them don't curse or jeling ke apa. They just pretend nothing has happened haha.

By the way, I think if the person doesn't honk at all, that means he's not a local person or he just moves in haha. And I've learned that most of them don't use side mirrors, because obviously honking is a better way. To be honest, I'm kinda impressed with how synchronise they are on the road. 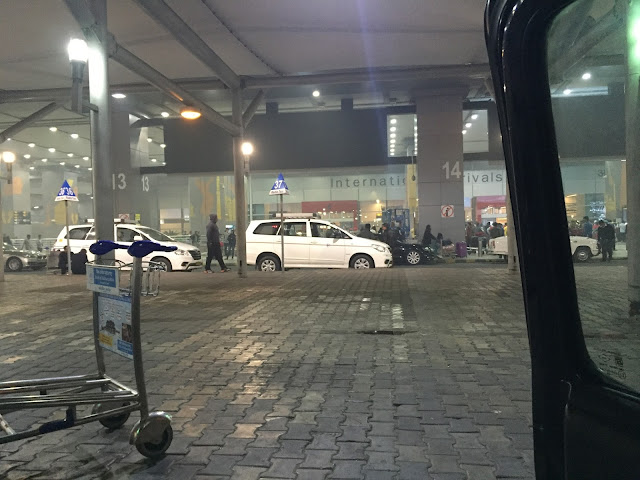 We were smiling and chitchatting happily in the car without knowing what we had to face later. The first day in India and I already thought of going back home.