It was the second day of our Penang food hunting mission, yeehaa! We checked out from the Gurney Hotel as for the second night we'd already booked a lower cost room in Love Lane. 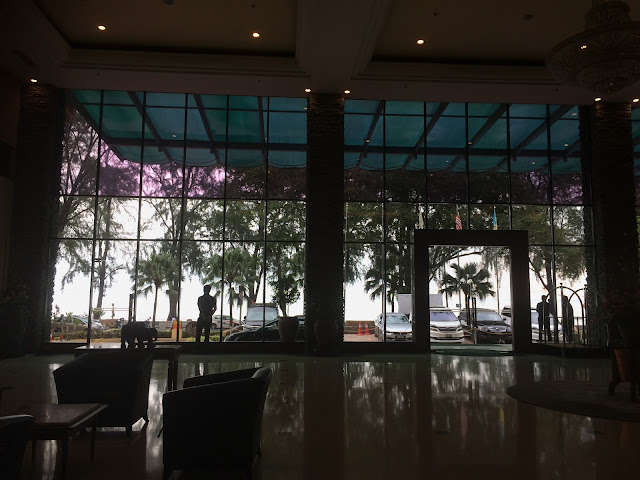 What is Malaysian without nasi lemak or roti canai, right? Haha. One of the most famous roti canai is located at the Transfer Road. The usual roti canai is eaten with the simple curry or kuah dal, but this time we had the roti canai with chicken curry (I think) but not like the normal ones. The thin-and-garing roti canai dipped into the special kuah mmmmmm 'twas really delicious, the best roti canai I'd ever eaten so far! Typical Ardilla, one is never enough, I ordered another piece of roti canai hehe. 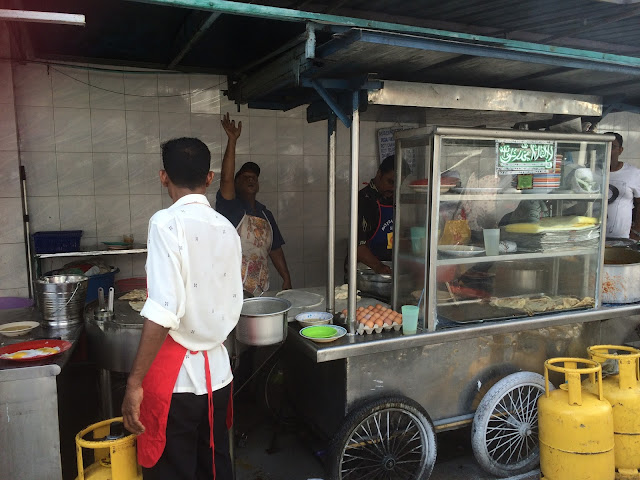 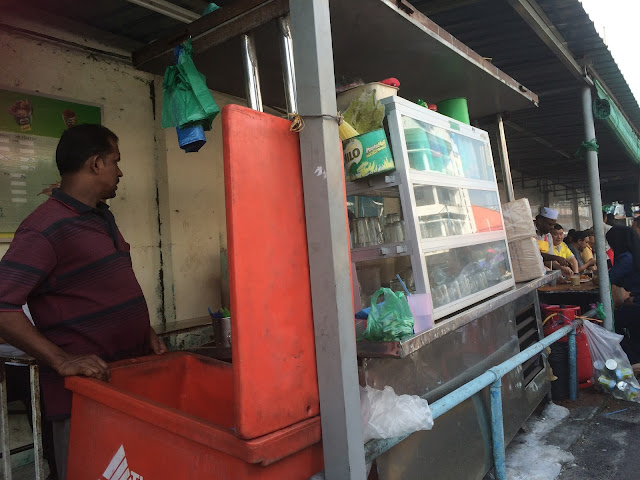 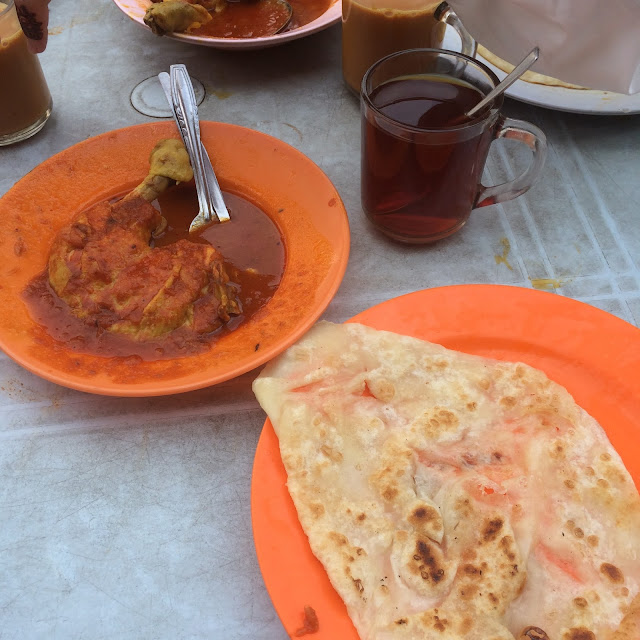 It was time to have something that wasn't too heavy, so we went to Penang Road and found a cendol stall. We stopped by to try it and one by one commented how the cendol tasted. Dah macam pengkritik food dah haha. My friends didn't really like it-- it was just a normal cendol with nothing special in it, red beans, cendol and sweet corn, but for me, I think it reminded me of my nenek's cendol and that was what made it a bit special to me. Tetiba time tu rindu nenek punya cendol sobsob. 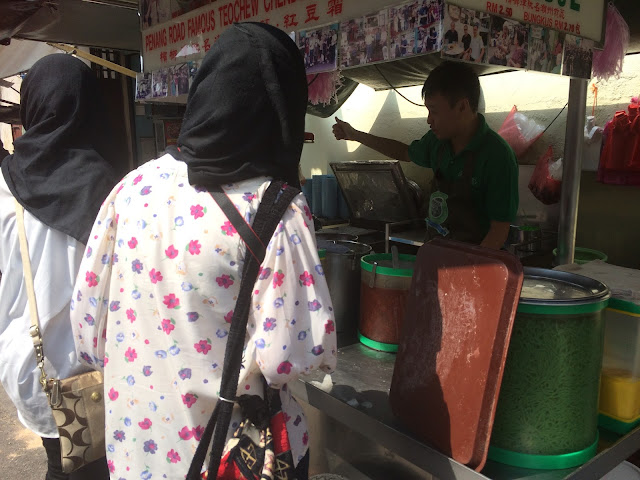 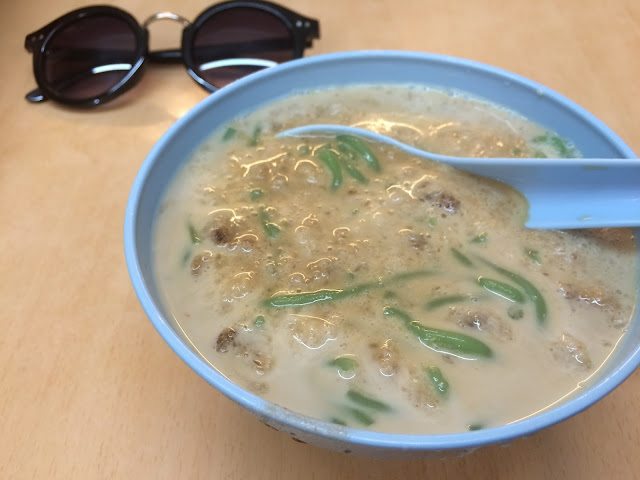 Just down the road in the Love Lane, near the hotel where we were supposed to check in, there's a cafe called Wheeler's Cafe. While waiting for the time to check in, we stopped by at the cafe and had some coffee to freshen up our body. Orang kata, mengopi sat. Not really a coffee lover, I think my coffee was really, really pahit though it was how a cup of coffee should taste like haha. I put a few packets of sugar and creamer, but nahh the taste was still the same. I should have bought like Tiara's because her coffee was sweet and not really coffee-ish, if I'm not mistaken it was caramel mo... okay forget it, I forgot its name haha. 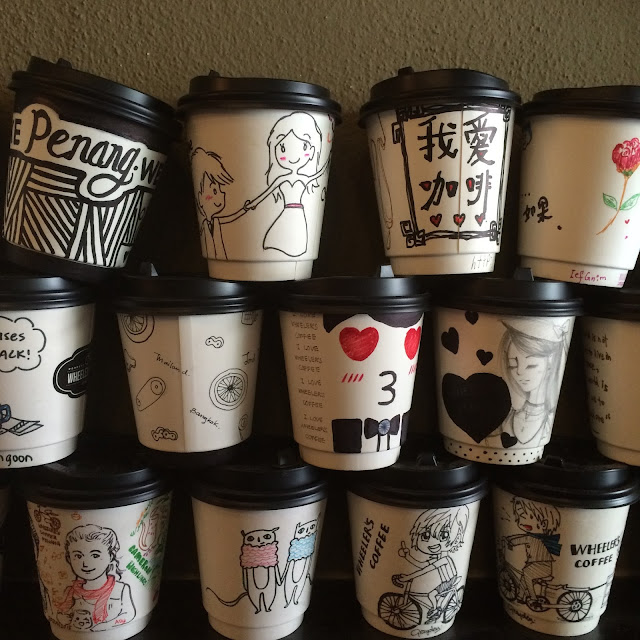 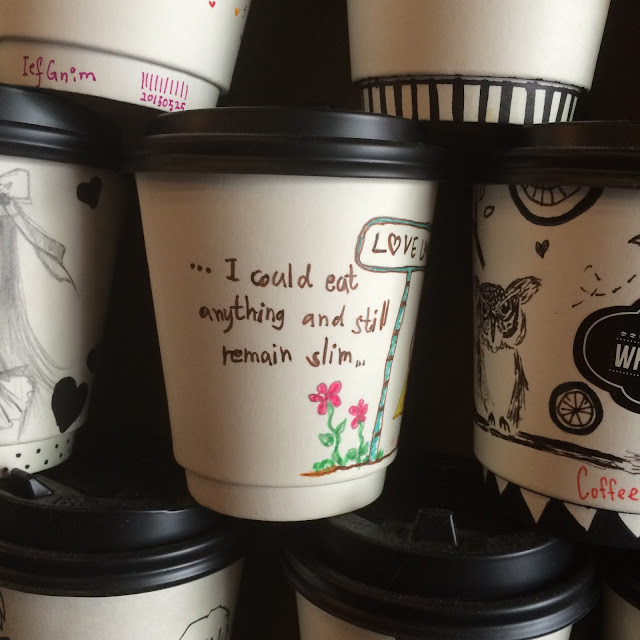 Dah siap minum, poopoo apa semua kat cafe tu (MashaaAllah perangai haha), still got some time and to not wasting it, we entered the Unique Penang Art Gallery which is in the Love Lane as well. It is a shop where they sell painted postcard, but it's not like any other places that you buy a postcard, put a stamp and put in the mailbox. The unique thing about this shop is they provide a service to send postcards in the future! Ikr, it's cool! You pick a postcard, write everything you want in that postcard (they provide some colour pens and variety cute stamps), put back the postcard into its plastic and write when you wanna that postcard to be sent! Boleh lah tulis kat future self or best friends ke. Kalau tulis kat future husband bahaya sikit, mana tahu kalau jodoh dengan orang lain hmm this is awkward.. hahaha. While we were writing, the owner of the shop gave us some nutmeg juice (jus buah pala), yelah dari tadi muka kehulu kehilir mencari postcard hehe. 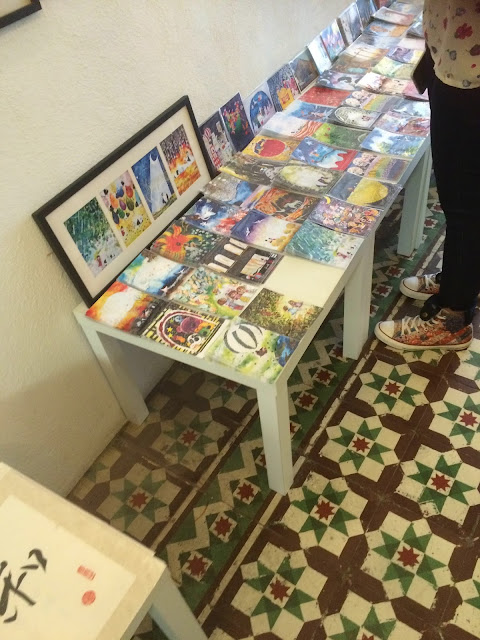 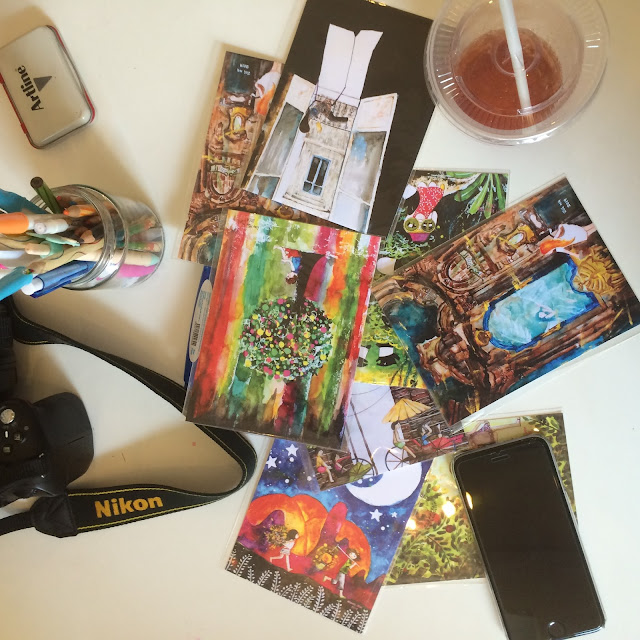 We checked into the Red Inn Hotel No 39 (not Red Inn Heritage Hotel or Red Inn Penang) and put our things inside the room. The Red Inn Hotel is a double storey shop lot with a reception on the lower floor and rooms on the first floor. To be honest, I think it is a really nice and comfortable place to stay, tilam takde lah sedap macam kat Gurney Hotel but okay lah with the price per night. This place consists of a few dormitories and very suitable if you stay with friends. We took a room with a private bathroom and 2 bunk beds, just nice for the 4 of us. Every bed has its own plug and lamp, that's the best thing about it hehe. We only had to pay around RM50 per night for this room! 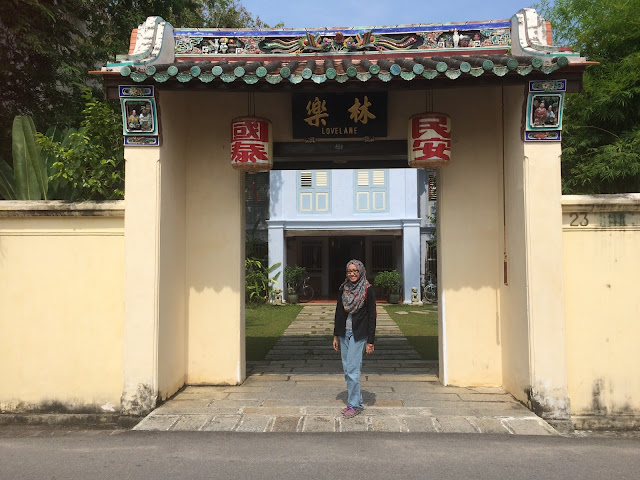 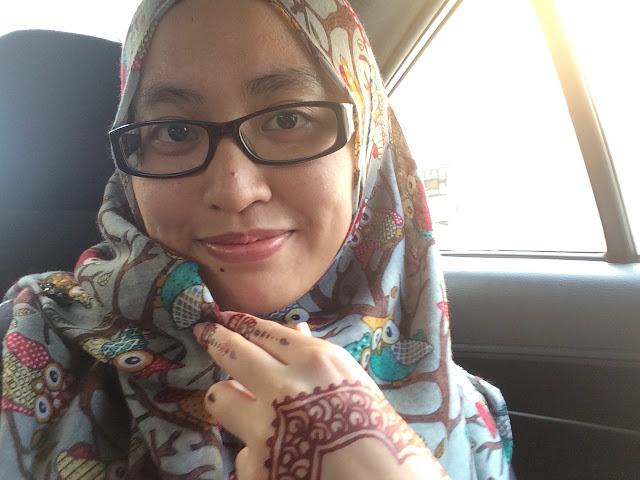 After praying and taking a short nap, the four of us packed our essential things and went to the Clan Jetties, which is located straight down from Lebuh Chulia. There used to be 7 jetties, but 1 had been destroyed by fire. Each jetty is named after a Chinese clan and these water villages have been there over a century! You have to be careful when walking on the lantai papan, though they're still strong, jangan lah pula duk berlari lari atas tu haha. 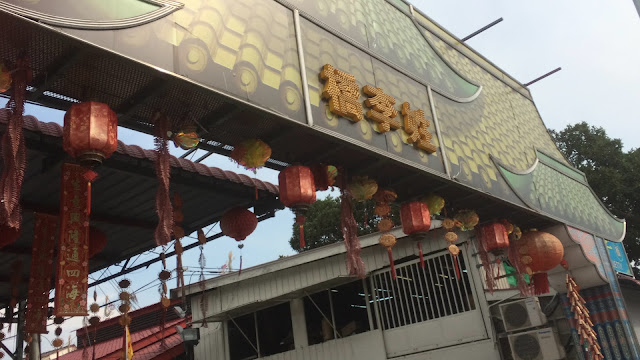 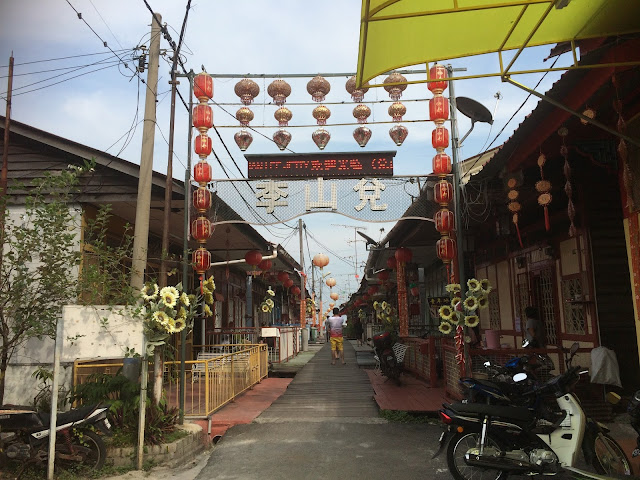 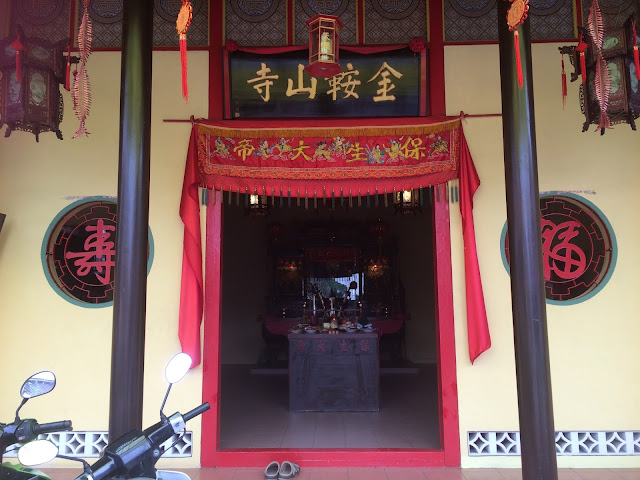 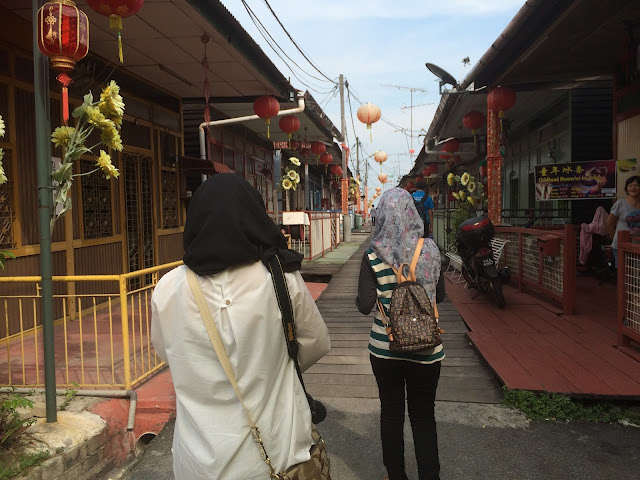 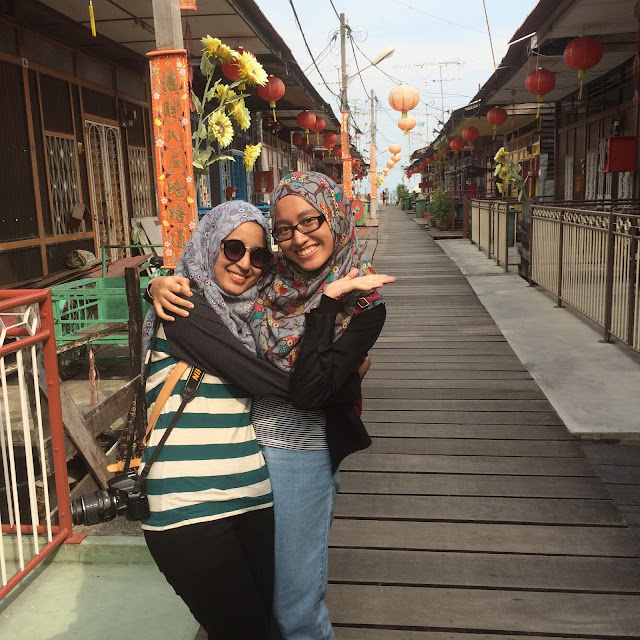 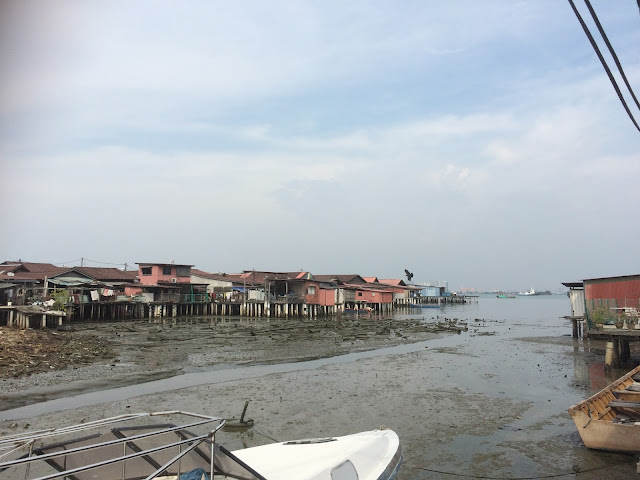 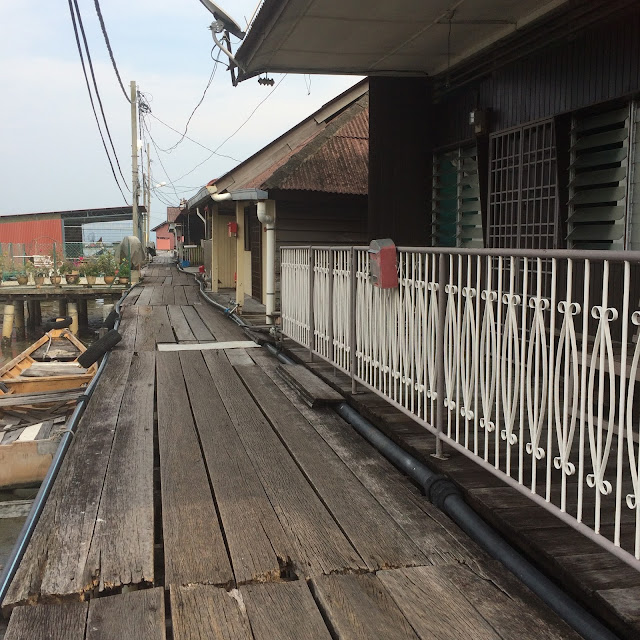 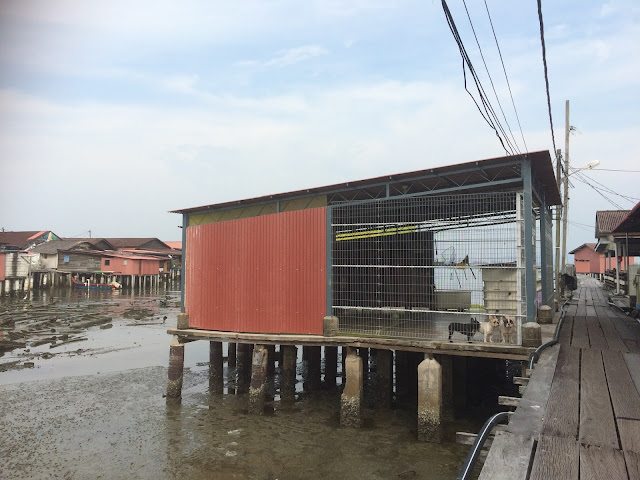 We moved on to Armenian Street aka Lebuh Armenian. I really love how they call Lebuh this Lebuh that because the only lebuh I knew before this was lebuhraya haha. At Armenian Street is where most of the street arts can be found. We parked our car (aceh sejak bila jadi 'our car' entah) at one place and then YOLO jalan kaki pi sana sini ikut google map haha. We passed by Masjid Kapitan Keling. Masjid Kapitan Keling was used to be the state mosque of Penang and it was named after the head of Indian Muslim community who lived there around 200 years ago. Oh yeah, before I forgot, we tried the famous ais kepal there! Susah rupanya nak makan ais kepal ni, siap sampai tertumpah tumpah. Try it if you come here, at least when someone asks you what is ais kepal then you know what it is. 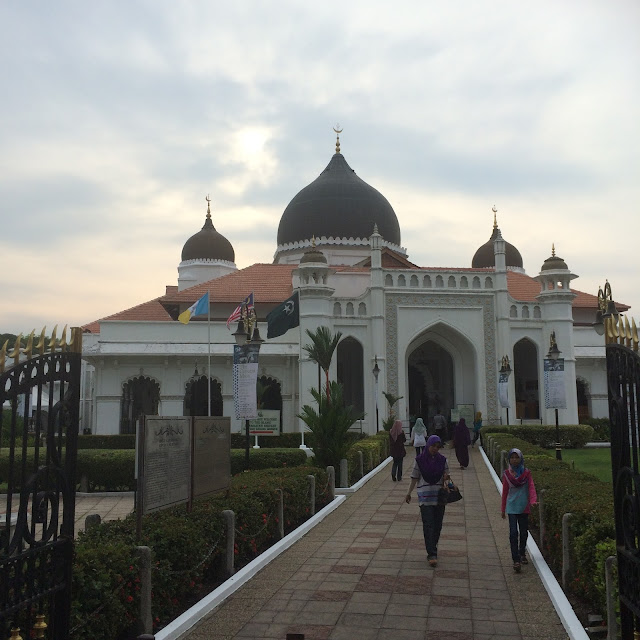 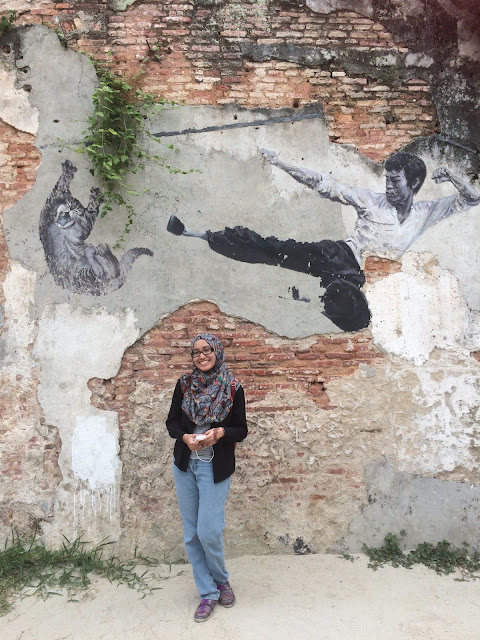 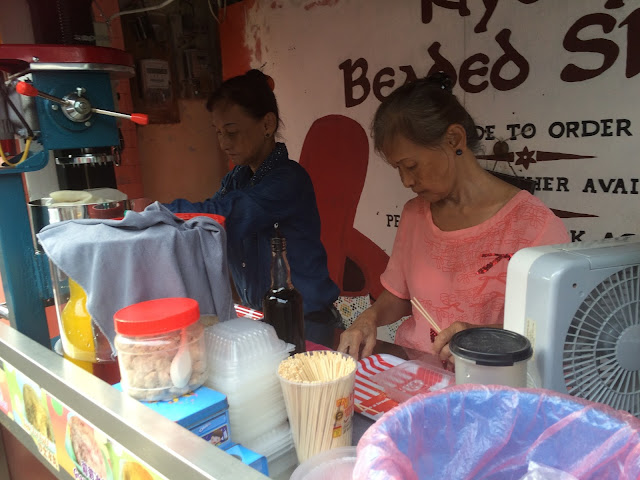 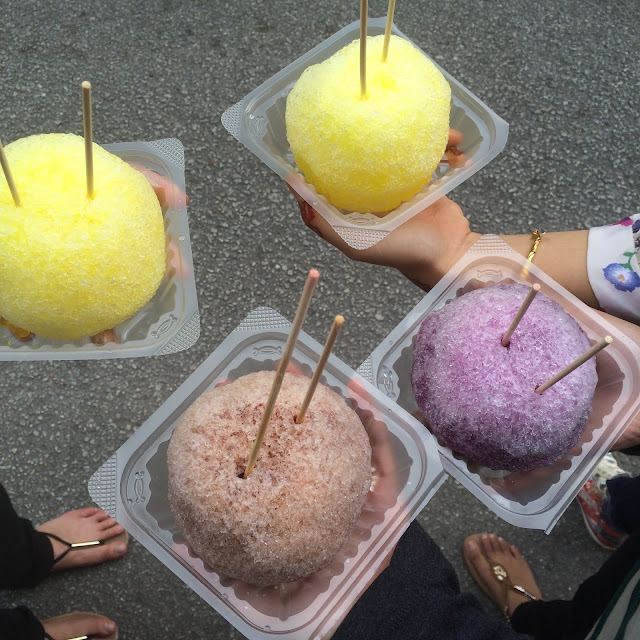 Have you tried pasembor before? Pasembor is like a (fried) yongtaufoo without the soup or sauce + kuah rojak haha. We went to a pasembor stall in Gurney Drive. It was my first time trying pasembor and immediately fell in love on the first bite, but I dislike the telur sotong, ugh. The interesting part of this pasembor here is pakcik tu nyanyi siap pusing pusing time tengah prepare the pasembor! Haha comel je. Then, before having dinner (tak tahu lah pasembor ni nak kata makan apa), we shopped clothes in the Gurney Plaza first. I only packed clothes for one night, so nak tak nak kenalah beli. 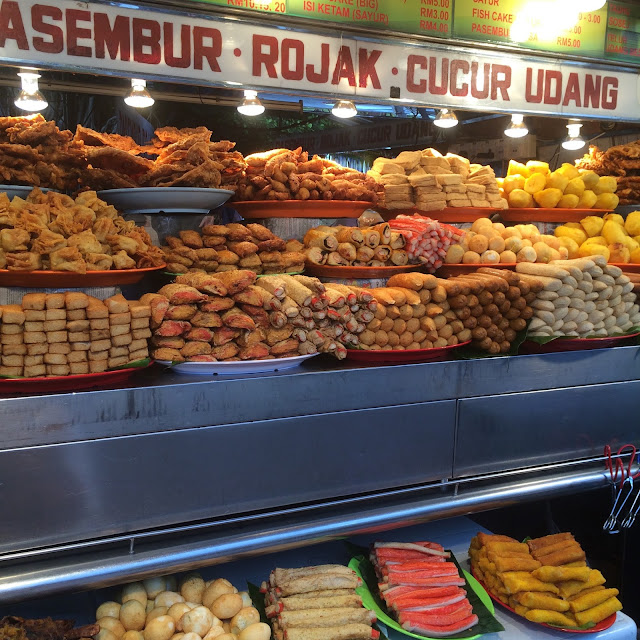 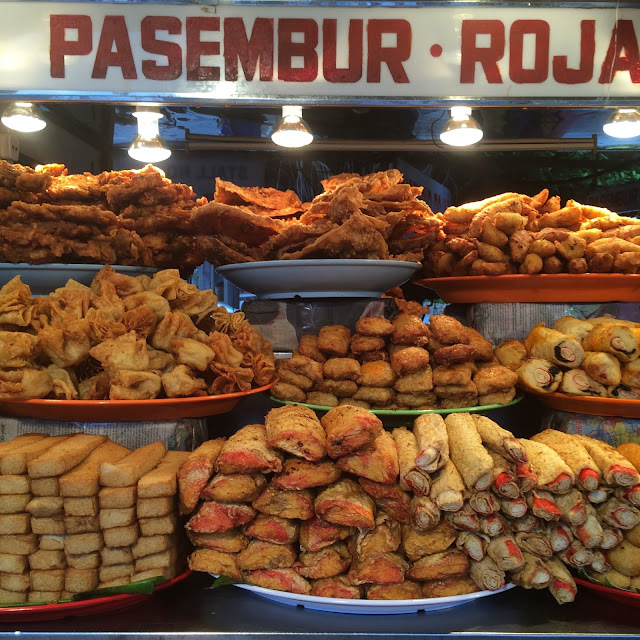 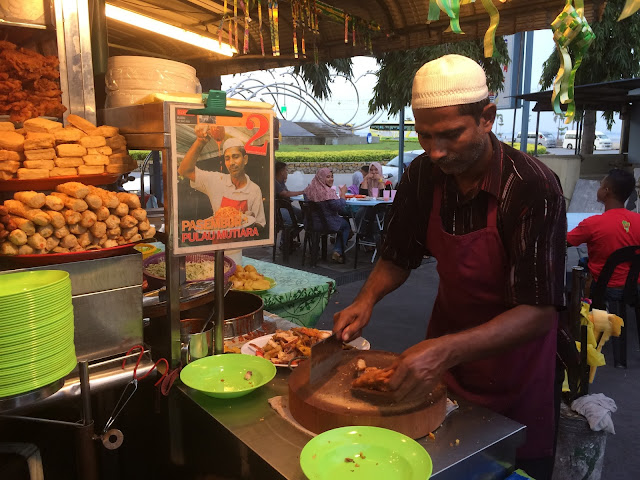 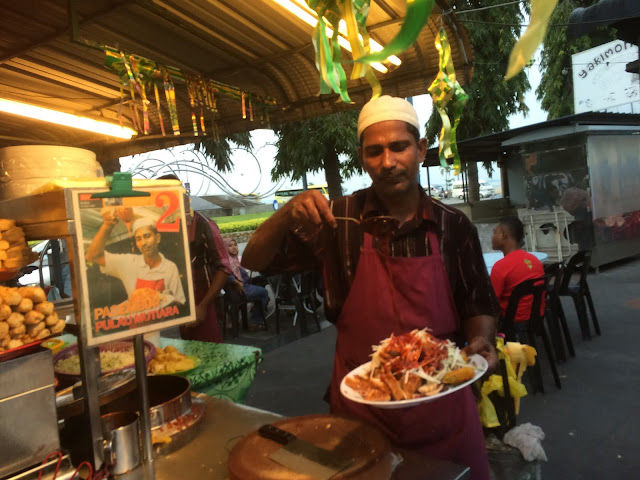 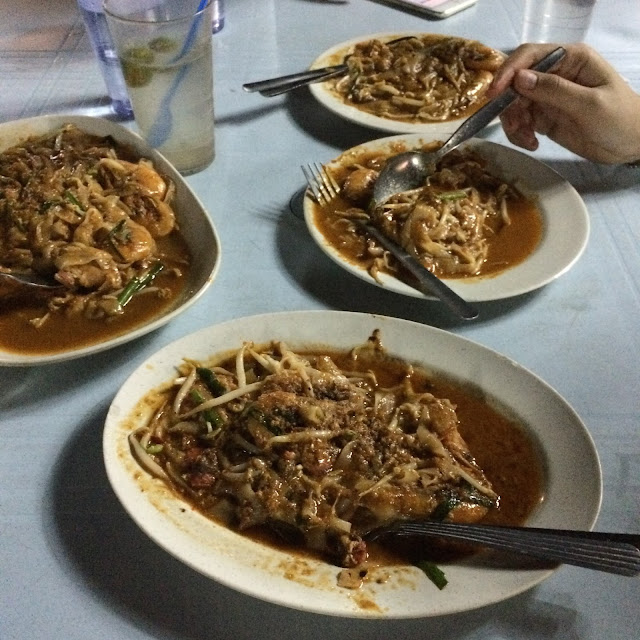 We tried to find the roti kaya that we had yesternight but unfortunately, it wasn't there. Balik lah ke hotel dengan perasaan hampa tak dapat roti kaya :'( haha.