Is it some kind of food? Or movie? Or ancient novel? I bet most of you especially girls will wonder what is it. Actually it is a game. I sound lame to those who are expert in this game hm but sorry not sorry because this is my blog so my fingers have the power to type everything my mind commands hehe. Okay, usually guys are the majority in this game, bcs girls prefer reading novels rather than sitting in front of gadgets for hours hmm I guess so.. (except for certain girls ehem I'm included in that category haha).

First time I played this game when I was trying to do some research about Medic and Health on my 2-year-old ipad. Accidentally, I saw someone tweet-ed about it and without knowing this could be a new addiction, I downloaded the game. I took a break trying to take a look at the game I'd just installed. "ENTER YOUR NAME" and I typed DYLLA, taraaa I have my own small village. And from that moment it became some kind of 'drug' to me.. haha sorry I know it sounds overly exaggerated. *giggle*

I had a small-level-1 Town Hall. And there you go, I built a gold collector and an elixir collector. Then I learned how to train troops and attack other villages! I was about to stop when suddenly I found a clan to join (yeay!) hahaha. Most of the clan members are guys and I know them as Sobri's friends. Never meet any of my clan members, only know their names but hey this is online game so what's the fuss of not meeting each other in real life, right? At least we do help each other especially when the clan war is declared (jeng jeng jeng!). Everybody tries their best to get 3 stars for each time attacking opponent's villages and to donate the best troops they can train to other clan members.

Currently, all of the builder huts in my village have no 'zzzz' comes out from them (that means they're busy) and yeah my TH7 (TH; Town Hall) is going to be level 8 weeeee. This whole post is only about COC (Clash Of Clans) wow I must be kidding! Better off now. Got some soldiers to be trained ;) 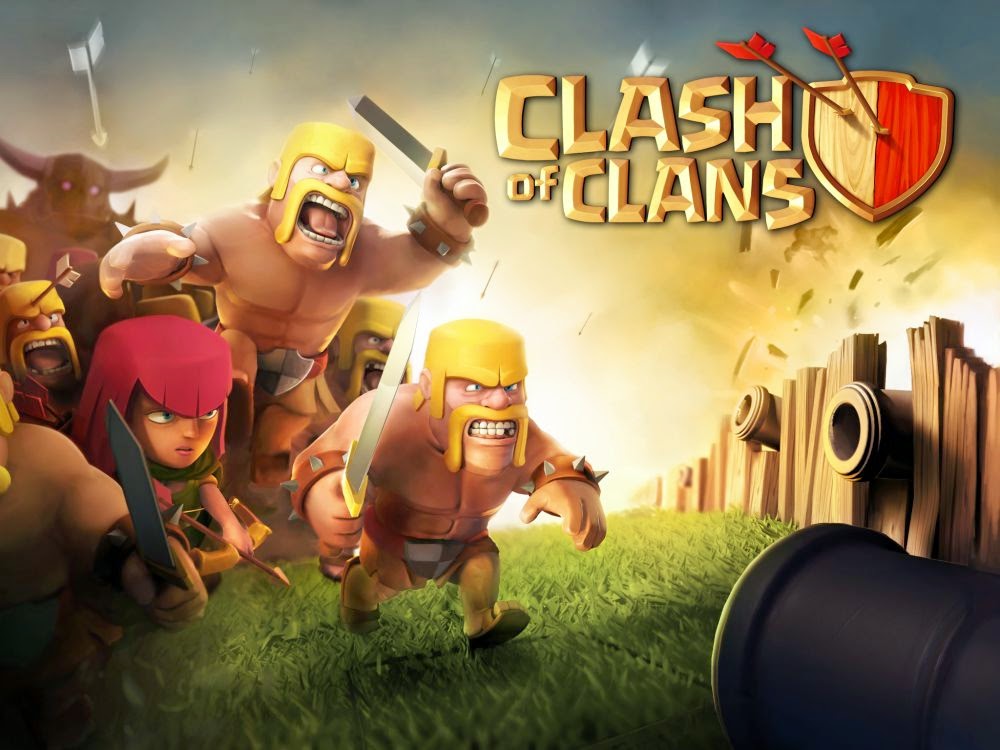